Invasion From Mars: The Anatomy of Panic 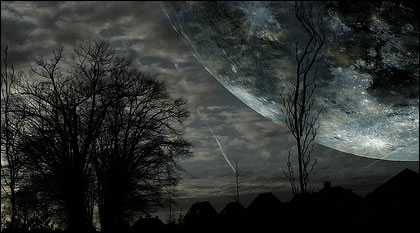 In 1938 Orson Wells spooked the American nation with his classic War of the Worlds broadcast. A psychology study of the event makes me wonder if we could be hoodwinked again.

On October 28, 1938 many Americans believed they were being invaded by Martians. This was the result of a Halloween stunt orchestrated by Orson Wells in which he adapted H. G. Wells’ ‘War of the Worlds’ to the radio and broadcast the play as though it was actually happening.

It is estimated that of the 6 million people who heard the broadcast, fully 1.7 million thought it was the news, not a play, while a further 1.2 million were frightened. A few even bought train tickets or drove off in the opposite direction to New York, the supposed epicentre of the alien invasion.

For Professor Howard Cantril of Princeton University and colleagues, this provided the perfect opportunity to investigate the anatomy of panic (Cantril, Gaudet & Herzog, 1940). Shortly after the event he interviewed 135 people in New Jersey to try and understand how they had reacted and what might have affected how they reacted. Broadly he found people could be categorised in four ways:

The most surprising category of people are those who failed to check the broadcast. Cantril found that those who fell into this category were also those who were most fearful.

Probably the most interesting results from the research were the stories people told about how they interpreted the invasion. One very religious woman saw the invasion as divine retribution against what she believed was a disgusting and morally corrupt society. Meanwhile, a student at Princeton University, despite his intelligence and education, was convinced it was impossible for the authority figures in the broadcast to have lied. As a result he accepted every word.

All this sparks the question of whether this trick would work again today. The temptation is to think that people are more hardened and cynical to this sort of media manipulation. We’re all used to questioning the ‘truth’ as it is presented to us. We also have many more channels of information to go on. It’s not just the radio nowadays, it’s TV and the internet. Could you really ever convince a substantial group of people we were about to be invaded by some foreign power?