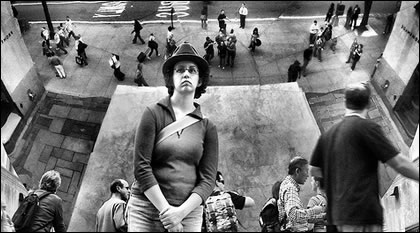 In my countdown of the top ten psychology studies of all time, in which 588 votes have been cast, the clear front runner is former Yale and Harvard social psychologist, Stanley Milgram. His series of experiments on obedience to authority are amongst the best known in psychology. They have such clear implications for our view of human nature that they are impossible to ignore. The very idea that we so readily obey others is at once both a powerful insight and deeply disturbing.

Also amongst the top ten psychology studies is the personality psychologist Walter Mischel. Mischel is well-known for putting forward the idea that, in studying behaviour, the effect of the situation on a person is more powerful than that of personality.

What both of these psychologists demonstrate is a founding principle of social psychology. An idea that is so simple, yet has almost limitless implications: that people are fundamentally affected by other people and no complete description of human behaviour can ignore this simple fact.

In decades of research social psychologists have repeatedly shown how our cognitions, emotions, attitudes, prejudices, interpersonal attractions and group performance are influenced by other people. But which one of these studies best shows how other people influence us?

To reveal your favourite I’ll be listing ten great social psychology studies, culminating in a vote. But I want to hear which ones you’d like to see in the top ten.

Nominate your favourite social psychology studies either by commenting below or by emailing me directly. Can’t wait to read your suggestions!