I’m a Dead Dog: First Case of Cotard’s and Lycanthropy 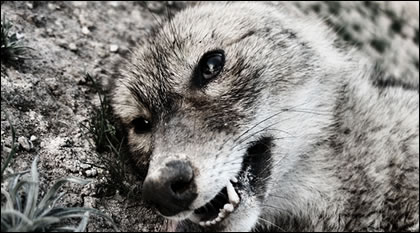 The series on weird psychology opens up with a suggestion kindly provided by Dr Vitelli of the first reported case of a man suffering from both Cotard’s syndrome and lycanthropy. The Iranian authors describe a 32-year-old man admitted to a psychiatric hospital with some unusual delusional beliefs (Nejad & Toofani, 2005). First he believed he was dead, yet immortal (Cotard’s syndrome) and second he thought he was a dog (lycanthropy).

The man explained to doctors the symptoms had begun two years ago but had recently become much worse. While people had been ignoring him for some time, it wasn’t until he felt a strange sensation in his body, like electricity, that he became convinced he was dead. He told doctors he was sure he was dead because his relatives had fed him cyanide yet he wasn’t hurt.

Not only did the man think he was dead, but also that his wife and his three daughters were dead as well. When he noticed that his mouth moved, apparently for no reason, he concluded that both he and his wife were not only dead but had been turned into dogs.

The man also suffered from an olfactory hallucination: he thought his daughter’s urine smelled of sheep’s urine. He thought this indicated his three daughters had been turned into sheep.

The man’s family history is described by the authors as unremarkable, although he was suffering from guilt over a sexual relationship with a sheep in adolescence. He also reports having incestuous feelings towards his daughters.

Attempting to explain this extremely unusual set of delusions, the authors wonder if the transformations can be explained as a way of coping with sexual attraction towards his daughters. He has transformed himself into a dog, the traditional guardian of sheep.

Nejad and Toofani (2005) describe the paradoxical representation of the dog in Persian culture: as both a symbol of loyalty and of impurity. This mirrors the strange coexistence of beliefs in Cotard’s that one is both dead and yet immortal.

Finally, the authors report that two months after treatment with electroshock therapy and antipsychotics, the main signs of illness had been relieved and no antidepressants were required.