The Reason Women Suffer More From Depression And Anxiety 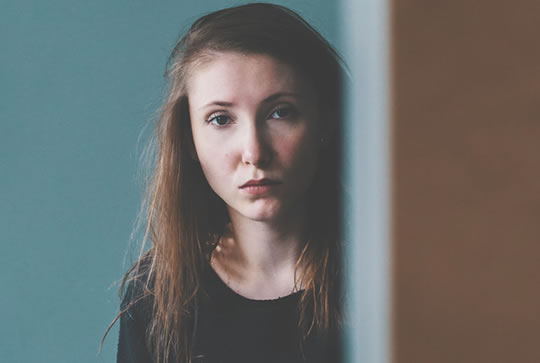 How men and women’s brains react differently to negative stimuli.

The conclusions come from brain scans that have found critical differences in brain function in the emotional regions of men’s and women’s brains.

“Greater emotional reactivity in women may explain many things, such as their being twice as likely to suffer from depression and anxiety disorders compared to men.”

For the research men and women had their brains scanned while they looked at positive, negative and neutral pictures.

However, the more testosterone both men and women had, the less they reacted to the negative pictures.

In other words: more ‘feminine’ men processed the negative images in the same way as women (and more ‘masculine’ women were similar to men).

The key finding in the study, though, was the differences in the brain function.

Men showed a stronger connection between the amygdala and the dorsomedial prefrontal cortex (dmPFC).

“A stronger connection between these areas in men suggests they have a more analytical than emotional approach when dealing with negative emotions.

It is possible that women tend to focus more on the feelings generated by these stimuli, while men remain somewhat ‘passive’ toward negative emotions, trying to analyse the stimuli and their impact.”

“So there are both biological and cultural factors that modulate our sensitivity to negative situations in terms of emotions.

We will now look at how the brains of men and women react depending on the type of negative emotion (e.g., fear, sadness, anger) and the role of the menstrual cycle in this reaction.”

The study was published in the journal Psychoneuroendocrinology (Lungu et al., 2016).