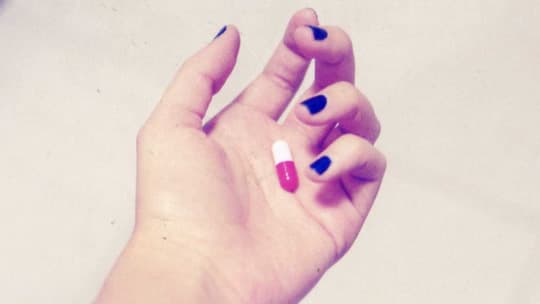 The painkiller is found in 600 different drugs.

People report being more likely to speak their mind on an unpopular issue at work, change career in their 30s or even take up skydiving.

Acetaminophen is a painkiller that is used in at least 600 different medicines.

Most people are not aware of the wide range of psychological side-effects the drug has.

Previous studies have shown that acetaminophen reduces both positive and negative emotions, the ability to empathise and changes how the brain processes information.

With nearly 25 percent of the population in the U.S. taking acetaminophen each week, reduced risk perceptions and increased risk-taking could have important effects on society.”

For one of the studies in the research, some participants took a standard 1,000 mg dose of acetaminophen.

Then all the participants started pumping up a balloon, for which they were offered a greater reward for each pump they put in.

“As you’re pumping the balloon, it is getting bigger and bigger on your computer screen, and you’re earning more money with each pump.

But as it gets bigger you have this decision to make: Should I keep pumping and see if I can make more money, knowing that if it bursts I lose the money I had made with that balloon?”

People who had taken acetaminophen carried on pumping and were more likely to burst the balloon.

“If you’re risk-averse, you may pump a few times and then decide to cash out because you don’t want the balloon to burst and lose your money.

But for those who are on acetaminophen, as the balloon gets bigger, we believe they have less anxiety and less negative emotion about how big the balloon is getting and the possibility of it bursting.”

Dr Way thinks the results have some topical implications, since people are told to take acetaminophen for initial COVID symptoms:

“Perhaps someone with mild COVID-19 symptoms may not think it is as risky to leave their house and meet with people if they’re taking acetaminophen.”

The study was published in the journal Social Cognitive and Affective Neuroscience (Keaveney et al., 2020).