How To Boost Your Mental Health In Only 10 Minutes 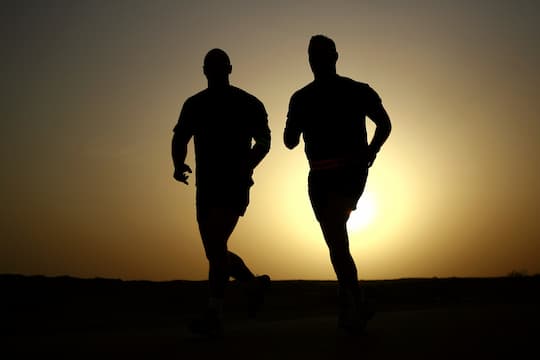 It boosts our ability to regulate our emotions, avoid temptations and control bad habits.

This amount of exercise is enough to boost blood flow to various areas of the bilateral prefrontal cortex.

These areas of the brain are important to how we feel and control our actions.

The study suggests that even this small amount of exercise boosts our ability to regulate our emotions, avoid temptations and control bad habits.

“Given the extent of executive control required in coordinating balance, movement, and propulsion during running, it is logical that there would be increased neuronal activation in the prefrontal cortex and that other functions in this region would benefit from this increase in brain resources.”

For the study 26 people were given tests of their mood and brain function before and after they did 10 minutes on a treadmill.

The results showed that people felt better after running,

“This was supported by findings of coincident activations in the prefrontal cortical regions involved in mood regulation.”

Not only this, but their brains demonstrated improved performance in areas related to mood and inhibitory control.

Inhibitory control is people’s ability to stop themselves from temptations, such as eating unhealthy food or any other habits that might otherwise be difficult to avoid.

It is also involved in controlling unwanted thoughts and directing attention efficiently.

The mental benefits of exercise

Exercise has been linked to a huge range of mental benefits, including that it:

The study was published in the journal Scientific Reports (Damrongthai et al., 2021).