People With Poor Memories Have One Major Advantage 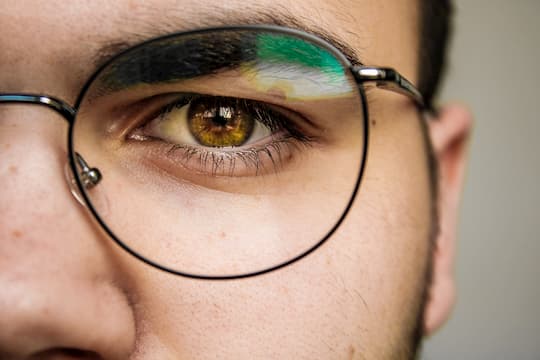 Why you should celebrate your poor memory.

In contrast, those with the best memories may quickly get tired of the same music, books, places and even people.

They remember more details about the things they’ve experienced, and that leads them to feel like they’ve had it more.

That feeling then leads to the ‘large-capacity’ people getting tired of experiences faster.”

For the research, people’s ability to remember strings of numbers and lists of objects was tested.

They were then played music clips and shown pictures to see how quickly they got bored of them.

“We found that their capacity predicted how fast they got tired of the art or music.

People with larger memory capacities satiated on these things more quickly than people with smaller capacities.

The graph below shows how people with high memory capacity enjoyed a greater variety of music clips. 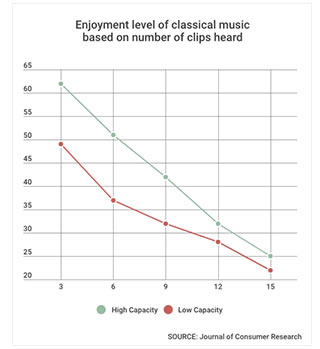 Put the other way around: it also shows that people with poorer memories were not as easily bored.

The researchers think the findings could have implications for those struggling with overeating issues.

“Because a big part of overeating is psychological, a psychological solution such as memory processes could help people control their eating.

Consumers might be able to satiate more quickly by simply recalling the last several times they ate.”

The study was published in The Journal of Consumer Research (Nelson & Redden, 2017).