The Personality Trait That Really Gives You Power 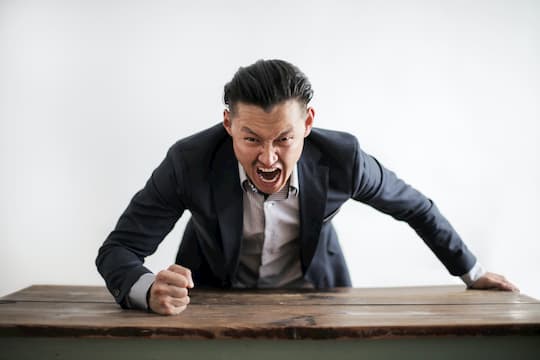 The idea that aggressive, selfish, disagreeable people are more likely to get promotions and acquire power is false.

Jerks do not get ahead, research finds.

The idea that aggressive, selfish, disagreeable people are more likely to get promotions and acquire power is false.

While intimidating people get some advantage from their selfish behaviour, this is offset by their poor relationships.

In other words, what jerks gain by being nasty, they lose by being hated.

In fact, it is extraversion that predicts people getting ahead in their jobs and obtaining more power.

People who are outgoing, energetic and assertive — all hallmarks of the extravert — are more likely to advance.

“I was surprised by the consistency of the findings.

No matter the individual or the context, disagreeableness did not give people an advantage in the competition for power — even in more cutthroat, ‘dog-eat-dog’ organizational cultures.”

The study tracked people from college or graduate school to 14 years into their careers.

They were asked about their power and rank in their workplaces.

Those with deceitful, aggressive personalities were no more likely to have gained power than those who were generous and trustworthy, the results showed.

“The bad news here is that organizations do place disagreeable individuals in charge just as often as agreeable people.

In other words, they allow jerks to gain power at the same rate as anyone else, even though jerks in power can do serious damage to the organization.”

“My advice to managers would be to pay attention to agreeableness as an important qualification for positions of power and leadership.

‘Disagreeableness’ is one of the five major personality traits.

It roughly translates to ‘being a jerk’, the study’s authors write:

“Disagreeableness is a relatively stable aspect of personality that involves the tendency to behave in quarrelsome, cold, callous, and selfish ways.

Disagreeable people tend to be hostile and abusive to others, deceive and manipulate others for their own gain, and ignore others’ concerns or welfare.”

One of difficulties for disagreeable people is creating alliances.

However, what applies in the workplace may not apply in politics, Professor Anderson said:

“Having a strong set of alliances is generally important to power in all areas of life.

Disagreeable politicians might have more difficulty maintaining necessary alliances because of their toxic behavior.”

The study was published in the journal Proceedings of the National Academy of Sciences (Anderson et al., 2020).