The Everyday Drink That Triggers Migraines 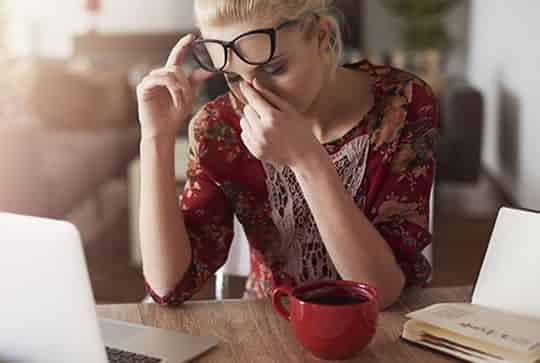 Migraines are the third most prevalent disease in the world.

One or two cups of coffee, or other caffeinated beverage, were not linked to a migraine on that day for regular caffeine drinkers, researchers have found.

Three or more, though, are linked to a greater risk of a migraine the same day.

People who do not regularly consume caffeine raised their risk of a migraine by having just one or two doses of caffeine in a day.

Migraines are the third most prevalent disease in the world — behind only tension headaches and tooth decay.

Along with a severe headache, migraine symptoms can include hallucinations, nausea, extra sensitivity to light and sounds, as well as nausea.

People report all kinds of triggers for migraines, including the weather, stress, medication, some foods and drinks, as well as sleep problems.

“While some potential triggers — such as lack of sleep — may only increase migraine risk, the role of caffeine is particularly complex, because it may trigger an attack but also helps control symptoms.

Caffeine’s impact depends both on dose and on frequency, but because there have been few prospective studies on the immediate risk of migraine headaches following caffeinated beverage intake, there is limited evidence to formulate dietary recommendations for people with migraines.”

For the study, 98 people who suffer frequent migraines kept electronic diaries for at least six weeks.

The results showed that among people who rarely had caffeinated drinks, even one or two cups increased the risk of a migraine that day.

Among those who regularly drank caffeinated drinks, though, one or two cups was not linked to a higher risk of a migraine.

Three or more cups, however, raised the risk for regular caffeine consumers.

Dr Mostofsky explained that it is difficult to say exactly how much caffeine was in each person’s cup or serving:

“One serving of caffeine is typically defined as eight ounces or one cup of caffeinated coffee, six ounces of tea, a 12-ounce can of soda and a 2-ounce can of an energy drink.

Those servings contain anywhere from 25 to 150 milligrams of caffeine, so we cannot quantify the amount of caffeine that is associated with heightened risk of migraine.”

The study was published in The American Journal of Medicine (Mostofsky et al., 2019).