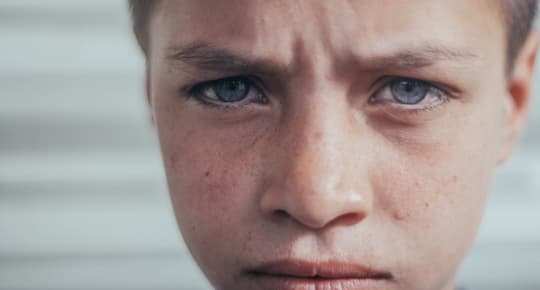 The so-called ‘Monster Study’ on children’s stuttering was dramatic, had shaky ethics and was never published.

The so-called ‘Monster Study’ on children’s stuttering was carried out in 1939 on 22 orphaned children in Davenport, Iowa.

Conducted under the supervision of Dr Wendell Johnson, a severe stutterer himself, the study examined the effects of being labelled a ‘stutterer’ on children’s development.

The research was dramatic on three counts:

Dr. Wendell Johnson, a speech pathologist, wanted to show that the prevailing theories about the causes of stuttering were wrong.

During the 1930s it was thought that stuttering had an organic or genetic cause.

This meant you were born a stutterer (or not) and little could be done.

Dr Johnson had different ideas. Instead he thought the labelling of children as stutterers could actually make them worse, and in some cases cause ‘normal’ children to start stuttering.

To prove his point, he suggested an experiment which has since become known as the ‘Monster Study’.

For the ‘monster study’, twenty-two young orphans were recruited to participate in the experiment.

They were then divided into two groups.

The first were labelled ‘normal speakers’ and the second ‘stutterers’.

Crucially only half of the group labelled stutterers did actually show signs of stuttering.

During the course of the experiment, the normal speakers were given positive encouragement but it was the treatment of the other group that has made the experiment notorious as the ‘monster study’.

The group labelled stutterers were made more self-conscious about stuttering.

They were lectured about stuttering and told to take extra care not to repeat words.

Other teachers and staff at the orphanage were even unknowingly recruited to reinforce the label as the researchers told them the whole group were stutterers.

Of the six ‘normal’ children in the stuttering group, five began stuttering after the negative therapy.

Of the five children who had stuttered before their ‘therapy’, three became worse.

In comparison, only one of the children in the group labelled ‘normal’ had greater speech problems after the study.

Realising the power of their experiment, the researchers tried to undo the damage they had done, but to no avail.

It seemed the effects of labelling the children stutterers was permanent.

This is something the orphans labelled stutterers have had to cope with for the rest of their lives.

Clearly this research raises a number of major ethical concerns.

Case for the defence of the monster study

Case for the prosecution of the monster study

Despite the researcher’s good intentions, the ‘monster study’ fails on any number of ethical dimensions.

This is left to the University of Iowa, where Dr Johnson was working at the time of the experiment.

In 2001, 36 years after his death, they issued a formal apology, calling the experiment both regrettable and indefensible.

This judgement is impossible to argue with.

UPDATE: Six participants in this study have just won a £500,000 settlement against the University of Iowa.