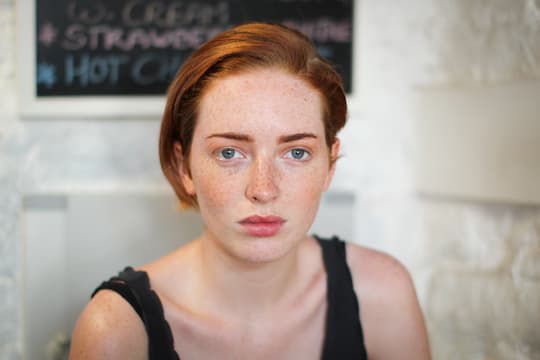 Treatment for a personality order usually involves talking therapy, although the condition can improve with time.

People with a personality disorder feel, think and behave in quite a different way to the average.

Symptoms of personality disorders vary depending on the type.

Treatment for a personality order usually involves talking therapy, although the condition can improve with time (see below).

For problems associated with personality disorders, such as depression, medication is sometimes prescribed.

There are ten types of personality disorder, which are grouped into three main types.

Each of the three types — or ‘clusters’ in psychiatric speech — has various different disorders within it.

As you read through, bear in mind that personality disorders are controversial for mental health professionals.

The reason is that many people diagnosed with them do not fit neatly into one category or the other.

Many are diagnosed with more than one personality disorder, or have symptoms of one and some of another.

This suggests the categories may not be helpful.

A person with a total lack of interest in social relationships.

They live alone or have a very lonely lifestyle.

They are typically cold, apathetic and secretive.

It is very difficult to get close to them emotionally: they avoid all emotions, whether positive or negative.

If you can get closer, though, you will discover they have a rich imaginative inner life.

A very socially anxious person who also has other strange or eccentric beliefs.

For example, they may endorse paranormal or superstitious beliefs.

They may have strange patterns of speech and dress unusually.

They may also experience delusions and hallucinations — perhaps believing they can read other people’s minds.

It is difficult to get close to this type of persona because of their natural suspicion of others.

A paranoid person who is extremely mistrustful of others.

They are very sensitive and are always on the look out for things that confirm their worst fears: that everyone is out to get them.

They assume others are hostile, they bear grudges and find it hard to have an emotional connection with others.

A history of unstable relationships characterises those who have a borderline personality disorder.

At one time people with borderline personality disorder can idolise someone else, and soon after they hate them.

People with BPD are terrified of being abandoned and they have a very unusual and disturbed sense of self-identity.

They may also be depressed and/or substance abusers.

Typically have no regard for other people’s feelings or judgments.

Likely have a history of crime or impulsive and borderline illegal behaviour.

They see themselves as free of society’s rules and standards.

Often similar to what we think of as a psychopath.

This type of person loves to attract attention to themselves.

They love to flirt, to be dramatic and enthusiastic.

They desire approval from others above all else.

They will exaggerate their emotions, indulge themselves and perhaps manipulate others to get what they want.

Narcissists are convinced of their own superiority to others.

Naturally, then, they appear arrogant and conceited.

At the same time, they are also envious: they want power, prestige and adoration.

It goes without saying that they are extremely self-absorbed.

One of the most well-known of personality disorders, those with OCPD are typically perfectionists who are also highly fearful or anxious.

They want control and find it very hard to relax.

They will plan everything down to the last detail.

Those with OCPD carry out certain rituals in response to their fears (checking ovens are off, doors locked and so on…)

There is relatively little difference between OCPD and obsessive compulsive disorder (OCD).

A person who is highly dependent on others.

This dependence is so strong that it is very difficult for them to lead any kind of independent life.

These are people who very much want to be close to others, but find it difficult.

They consider themselves socially inept and fear humiliation and rejection.

That fear causes them to avoid all social situations for fear of extreme embarrassment.

Personality disorders are thought to be caused by a combination of genes, environmental circumstances and early life experiences.

The treatment for personality disorders is usually talk therapy and possibly medication for associated conditions, such as depression.

Psychologists and psychiatrists had long thought that people with personality disorders cannot change.

Personality was thought to be like eye colour or height — very difficult to change.

But, personality disorders can improve, the study of 240 people over 4 years found — even without any kind of treatment (although treatment can help).

“Although the disorders are common, with 1 in 10 people affected, the good news is that we now know the disorders can change with time.”

The results showed that over time the features of personality disorders reduce, by an average of 1.4 per year.

People who did get treatment for their personality disorder during the study also saw an increased improvement in their symptoms.

This fine-grained analysis of individual growth trajectories provides compelling evidence of change in PD [personality disorder] features over time and does not support the assumption that PD features are traitlike, enduring, and stable over time.”

One study concluded that borderline personality disorder is not a ‘death sentence’ for patients (Sharp et al., 2021).

The personality disorder can be treated and it generally improves over time even without specialised treatment.

However, early intervention in young people is the best approach.

Psychotherapies and even time can both help to heal the disorder, researchers found.

“Like adult BPD, adolescent BPD appears to be not as intractable and treatment resistant as previously thought.

The results of that study showed that most people got better over time, with or without specialised treatment.