Left-Handed: What Your Handedness Reveals About You 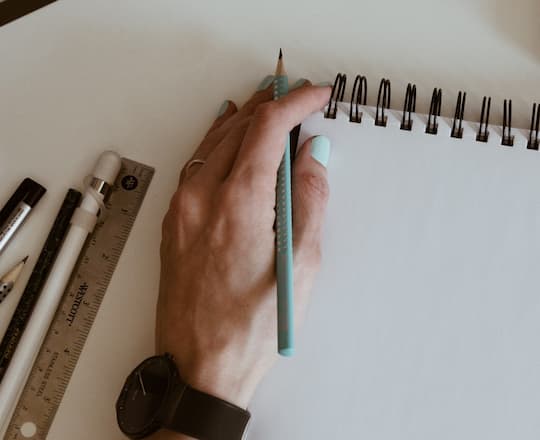 The right-hand bias, the left-handed advantage, handedness and mental illness and more…

Around 10 percent of people are left-handed, with the rates higher among men than women, and we still don’t really know why.

In fact, humans are the only species on the planet that show handedness.

For a long time it was assumed that being left-handed was some kind of reflection of a deep disturbance in childhood.

Historically, the left-handed have been subject to remarkable linguistic discrimination, explains Dr Joshua Goodman, who has researched handedness:

Thankfully, we know better now — but not much better.

While the assumption has always been that handedness is genetic, the evidence is thin.

One thing we can say about righties and lefties, though, is that the differences can extend deep into the mind and brain.

Left-handed people live in a world of discrimination.

Everything is set up for the right-handed.

That extends to the very concept of right and left in the brain.

Right is, after all, right and left is, well, it might as well be called wrong.

Tie a right-handed person’s arm behind her back, though, and she soon changes her tune.

2. The left-handed advantage in sports

Being left-handed is a decent advantage in sports — but only some sports.

Usually it’s the sports which involve less cooperation where being a leftie is advantage.

Baseball, boxing, hockey, fencing and table tennis are all sports where the left-handed are massively over-represented at the highest level.

In baseball, for example, over 50 percent of the best players are left-handed.

When people have to work together in a sport — like football — then there’s much less advantage in being left-handed.

Around 95 percent of people are left-brained.

Remember that the brain is cross-wired to the body.

Left-brained people also have their speech and language centres in the left-hand-side of their brains.

Not all of the left-handed are wired the opposite way, though, with their language and speech centres in the right-hand-side of the brain.

The brains of the left-handed are probably different in all sorts of fascinating ways we don’t yet know about.

One thing we do know is that the left-handed use both halves of their brain to work out the difference between one person from another.

In contrast, right-handed people process faces in the right-hand-side of the brain.

This is probably just the tip of the iceberg since left-handed people are routinely excluded from neuroimaging studies.

Because their brains are different, they screw up the results.

Sorry lefties, even science cannot cope with this slight difference!

5. Left-handedness is linked to mental illness

Lefties have repeatedly been found to suffer a higher incidence of mental illness.

They are disproportionately represented among patients suffering from psychosis and schizophrenia.

Careful, though, don’t discriminate: it doesn’t mean lefties are all mad — just that their risk is slightly higher.

One theory about why some people are left-handed is that it comes down to hormones.

It turns out that men born in the winter are more likely to be left-handed.

The cause could be down to the way the seasons affect the hormones.

We do know that men are more likely to be lefties than women — so perhaps there’s something to the hormonal theory.

People vary a lot in how right- or left-handed they are.

Some people’s handedness is extreme: they do everything with their right, or their left, hand.

Other people can go either way.

The ambidextrous also tend to be better at maths, one study has found.

Despite the popular view that the left-handed are more naturally talented, it is the right-handed who pull down 10-12 percent higher salaries, data from the US and the UK finds (Goodman, 2014).

The higher wages among right-handers is probably due to the fact that they have, on average, greater cognitive skills than left-handers.

It’s probably not handedness itself that causes these deficits, rather that being left-handed is a proxy for some other cause.

Being left-handed has come back into fashion, says Dr Goodman:

After all this talk of disunity in our species, let’s end on a universal note.

It turns out that lefties and righties are not all that different in the very thing that defines them.

Generally people can learn to use their non-dominant hand with almost as much precision as their dominant hand.

It just takes a bit of practice.

Typically there is only about a 10 percent difference between speed and accuracy with the dominant and non-dominant hand.