Left Brain vs Right Brain Dominance Is A Myth 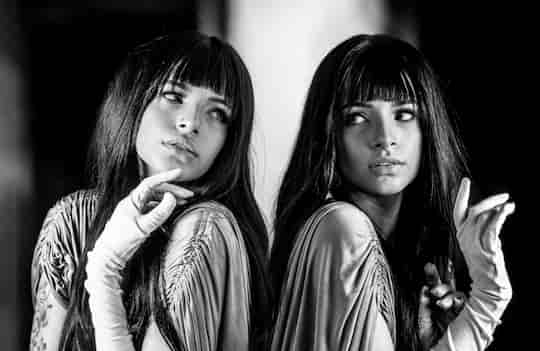 Left brain vs right brain dominance is a myth, but there is a small grain of truth in the idea.

Many people have heard the idea that our left-brains are logical, verbal, rational and scientific while our right brains are spatial, emotional, intuitive and creative.

There are online quizzes which purport to assess your left brain vs right brain dominance.

Those with right brain dominance, they say, are creative thinkers.

People with left brain dominance, though, are thought to be more logical and to have strong math skills.

In fact, this is all mostly a myth — we need both sides of our brains in order to function to our fullest potential.

However, like some of the mind-myths covered in this series, there’s a solid grain of truth here, but its extent has been wildly exaggerated.

The brain is divided into two halves, each of which is called a hemisphere.

The left brain and right brain are connected by a tract of nerve fibre called the corpus callosum.

Both the left brain and the right brain look very similar.

The idea of left brain or right brain dominance come from an early finding that our verbal powers are concentrated in the left side of our brains.

It was Nobel Prize winner Roger W. Sperry who, in the 1960s, first suggested that the left brain or hemisphere is specialised for language (Corballis, 2007).

He was studying patients suffering from crippling epileptic fits who had decided to undergo surgery to try and relieve their symptoms.

The surgery cut the bundle of white matter – the corpus callosum – that connects the two hemispheres of the brain.

Along with successfully treating their epilepsy, these ‘split-brain’ patients exhibited some strange new symptoms.

Sperry found that after the surgery patients were unable to name objects with the, now disconnected, right side of their brains.

Their left brain, however, seemed to have retained this ability.

This lead him to propose that the left hemisphere or left brain is specialised for language.

But this specialisation didn’t mean the right hemisphere or right brain has no language powers at all.

For example, patients were able to point to the written names of objects which were presented to their right brain, although they found themselves unable to say the word.

Not long after the left brain language discovery, researchers began to wonder about the right brain’s skills.

Sure enough the right hemisphere seemed to perform better in some tasks, especially related to attention:

This seems to correspond well with the myth, after all right brains are spatial, emotional and creative, aren’t they?

Well, yes, but the actual differences found in these experiments are relatively small, especially when compared to the specialisation of the left brain in language.

In a classic paper published in the journal Neurology, renowned neuropsychologist Brenda Milner points out that while there are many measurable functional differences between the left brain and the right brain, there are actually many more similarities between the two hemispheres (Milner, 1971).

Perhaps the clearest evidence of this is from studies of brain damage.

To completely lose a particular mental faculty, a person normally needs to suffer damage to a particular area in both the left and right hemispheres.

Research continues apace into the functional differences between our right and left hemispheres.

But while findings about lateralisation continue to point out surprising new differences about our hemispheric twins, the overall message remains the same: apart from language these differences are generally small.

Even in language, to perform at our best, we need both left brain and right brain working together.

More recent research, though, has similarly suggested that there is no left brain vs right brain dominance.

The evidence for left brain or right brain dominance has always been very weak, but researchers have done much to debunk this idea by examining the functional Magnetic Resonance Imaging (fMRI) scans of over 1,000 people (Nielsen et al., 2013).

Each person was lying in the scanner thinking about nothing in particular for 5 to 10 minutes.

These resting brain states were then analysed for evidence of more activity in either the right or left sides of the brain.

It may be that personality types have nothing to do with one hemisphere being more active, stronger, or more connected.”

Some functions are biased left or right

None of this means that some people aren’t more creative, while others more analytical and logical, just that it’s not accurate to say that creative people are more ‘right-brained’.

This finding also does not contradict the idea that some of the brain’s functions are biased towards the left brain or right brain.

For example, language processing is biased more towards the left brain (in right-handed people), while attention is biased towards the right brain.

Although some functions are lateralised, then, one side isn’t dominant over the other in some people.

Despite having no solid basis in science, the expressions ‘left-brained’ and ‘right-brained’ will probably survive because it’s an easy way to talk about two aspects of personality.

But be aware that the expression is flawed: it’s far better to talk about people’s creativity or their analytical skills separately, rather than in opposition—especially since many people have plenty of both.