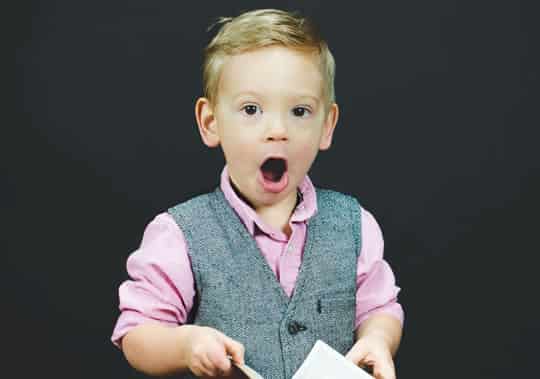 The study showed that adults share many traits with the children they were decades earlier.

Many of our personality traits can be traced through from childhood to our adult years, research finds.

Verbal fluency as a child, for example, is a sign of higher intelligence many decades later, the study found.

Other highlights from the study include:

The conclusions come from research on 2,400 children in Hawaii whose personalities were rated.

One-hundred and forty-four of them were tracked down and interviewed around 40 years later.

“We remain recognizably the same person.

This speaks to the importance of understanding personality because it does follow us wherever we go across time and contexts.”

The four personality traits the researchers examined in the children were verbal fluency, adaptability, impulsivity and being humble.

The results showed that the adults shared many traits with the children they had been four decades earlier.

People who were rated as adaptable as children grew up into cheerful and intellectually curious adults.

However, those not adaptable as children tended to be awkward and say negative things about themselves.

Those who self-minimised as children tended to express humility and insecurity as adults.

Verbal fluency as children translated into socially adept and dominant behaviour as adults.

Those who were not verbally fluent as children tended to give up when faced with problems as adults and seek advice from others.

Finally, impulsive young people tended to grow up into adults who spoke loudly and had a wide range of interests.

Children rated as non-impulsive grew up into adults who were generally timid or fearful, often expressing insecurity.

“We think that personality resides within us.

Life events still influence our behaviors, yet we must acknowledge the power of personality in understanding future behavior as well.”

The study was published in the journal Social Psychological and Personality Science (Nave et al., 2010).