The Best Sleep Position For Clearing The Brain of Waste (M) 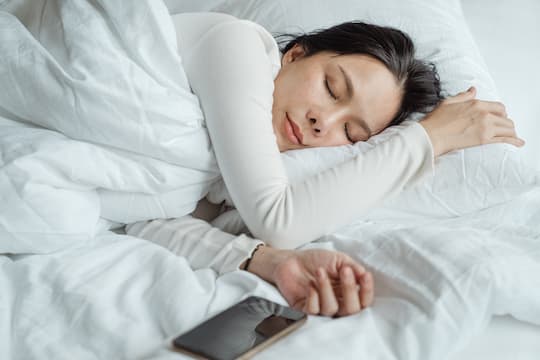 On your side, face-up or face-down? The position which best clears metabolic waste from your brain at night.

Sleeping on your side removes waste from the brain most efficiently, a study finds.

As a result, sleeping in a lateral position may help reduce the chance of developing Alzheimer’s and other neurological diseases.

Professor Maiken Nedergaard, one of the study’s authors, said:

The study therefore adds further support to the concept that sleep subserves a distinct biological function of sleep and that is to ‘clean up’ the mess that accumulates while we are awake.

Many types of dementia are linked to sleep disturbances, including difficulties in falling asleep.

It is increasing acknowledged that these sleep disturbances may accelerate memory loss in Alzheimer’s disease.

Our finding brings new insight into this topic by showing it is also important what position you sleep in.”

Scientists monitored the filtering of cerebrospinal fluid (CSF) through the brain as it exchanged with interstitial fluid.

This pathway — called the glymphatic pathway — clears waste from the brain most efficiently at night.

Professor Helene Benveniste, another of the study’s authors, said:

“The analysis showed us consistently that glymphatic transport was most efficient in the lateral position when compared to the supine or prone positions.

Because of this finding, we propose that the body posture and sleep quality should be considered when standardizing future diagnostic imaging procedures to assess CSF-ISF transport in humans and therefore the assessment of the clearance of damaging brain proteins that may contribute to or cause brain diseases.”

The next step will be to test the finding in humans.

The research was published in the Journal of Neuroscience (Lee et al., 2015).