The Best Way To Lower Your Blood Pressure 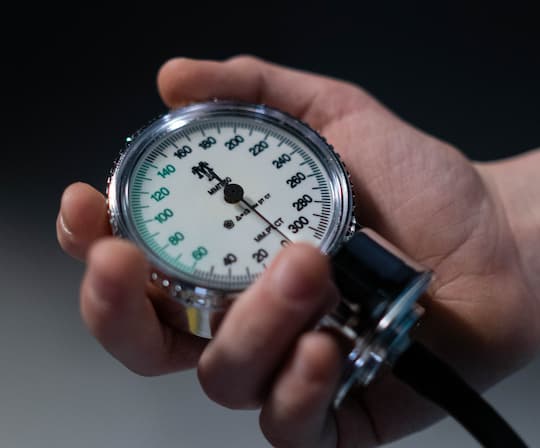 Symptoms of high blood pressure include a pounding in the chest, blood in the urine, and severe headaches.

Exercise is highly effective in lowering blood pressure but scientists say there is one condition.

Antibacterial mouthwash will ruin the effect of exercise on lowering blood pressure by killing oral bacteria, a study has found.

Rinsing the mouth with antibacterial mouthwash rather than water destroys oral bacteria that are vital for cardiovascular health.

Exercise increases the production of nitric oxide, which relaxes the muscles of the blood vessels and so this enhances blood flow circulation in the body.

A compound called nitrate is produced by the salivary glands, then converted into nitrite by bacteria in the mouth.

This molecule is the main source of nitric oxide, therefore if oral bacteria are destroyed, there won’t be any production of these molecules.

As a result, exercise will be ineffective in lowering blood since the blood vessels remain narrow.

“It’s all to do with nitric oxide degrading into a compound called nitrate.

Nitrate can be absorbed in the salivary glands and excreted with saliva in the mouth.

Some species of bacteria in the mouth can use nitrate and convert into nitrite — a very important molecule that can enhance the production of nitric oxide in the body.

And when nitrite in saliva is swallowed, part of this molecule is rapidly absorbed into the circulation and reduced back to nitric oxide.

This helps to maintain a widening of blood vessels which leads to a sustained lowering of blood pressure after exercise.”

In this study, a group of healthy adults were told to run on a treadmill for 30 minutes on two separate occasion.

After exercise, they were asked to rinse their mouth with antibacterial mouthwash or a placebo (mint-flavoured water) without knowing which one was real.

Their results showed that after rinsing with antibacterial mouthwash, the effect of exercise on lowering blood pressure was shrunk by 60 percent within 1 hour after exercise.

The blood pressure lowering effect was completely destroyed after only two hours of exercise.

The blood nitrite levels in participants didn’t increase after exercise once they used antibacterial mouthwash.

But, when participants used the placebo, their nitrite levels were increased, suggesting the importance of oral bacteria.

“These findings show that nitrite synthesis by oral bacteria is hugely important in kick-starting how our bodies react to exercise over the first period of recovery, promoting lower blood pressure and greater muscle oxygenation.

In effect, it’s like oral bacteria are the ‘key’ to opening up the blood vessels.

If they are removed, nitrite can’t be produced and the vessels remain in their current state.”

The study was published in the journal of Free Radical Biology and Medicine (Cutler et al., 2019).