The Psychology Of Poor Christmas Gifts And How They Affect Relationships 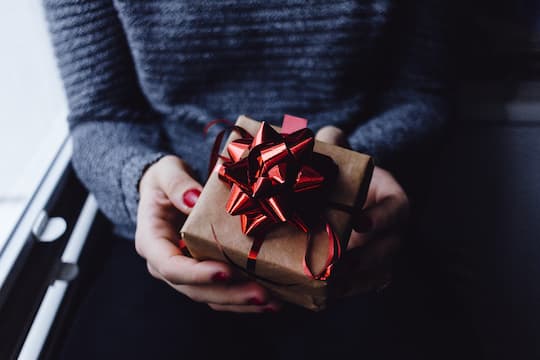 Men and women react quite differently in the short-term to receiving good and bad gifts.

Sometimes it feels like a lot of work for little reward.

Those nearest and dearest assume you know them well enough to buy a decent present, so that getting it wrong reflects badly on the relationship.

Psychological research on how gift-giving affects relationships hints at this no-win situation.

Studies suggest that good gifts only affirm similarity between couples, and so do little for the relationship.

Poor gifts, though, may lead people to question their similarity with each other, thereby damaging the relationship.

But research by Elizabeth W. Dunn at the University of British Columbia and colleagues, published in the journal Social Cognition, suggests that men and women react quite differently in the short-term to receiving good and bad gifts (Dunn et al., 2008).

To test their theories, Dunn and colleagues set up two experiments, each with a twist in their tail.

In the first experiment participants (students at the University of Virginia) were sat down to chat with a new opposite sex acquaintance for four minutes.

After this they were asked to select a gift for their new friend from a list of gift certificates for a variety of stores and restaurants.

The idea was that each participant then looked at the gift chosen for them and evaluated their perceived similarity with the other person.

Here’s the twist: before the experiment each participant had been asked to rank the gift certificates in the order they themselves would like to receive them.

Then the experimenters simply fed these preferences straight back to participants as though they had come from their new acquaintance.

Half the participants were told the other person had chosen their top choice, and the other half their last-but-one choice.

This created two conditions: those who got what they wanted and those who didn’t.

When the experimenters looked at the ratings of perceived similarity, the results showed a marked difference in how the men and women had reacted to good and bad gifts.

Men who got the gifts they wanted perceived themselves as more similar to the gift-giver, suggesting the better gift would have the expected positive effect on the relationship.

Women, though, seemed to be relatively unaffected by whether the present was good or bad.

This is a rather puzzling finding: shouldn’t good gifts also increase perceived similarity – and so liking – for women just as the men?

A possible solution to this puzzle emerged in the second experiment.

Instead of participants who hadn’t met before, the second experiment involved men and women who were already in (heterosexual) relationships.

Otherwise the experiment was almost identical, with the same twist that each received what they had indicated were their own best (or worst) gifts.

The only difference was that in addition to asking about perceived similarity with their partner, each participant was also asked how long they expected their relationship to last after the gift.

Again, men who received poor gifts, on average, perceived less similarity with their partners and thought their future together was significantly shorter – as you’d expect.

But this time women who received the poor gift from their partners actually saw greater perceived similarity and thought that their relationship would continue for longer than those who had received the good gift.

Dunn and colleagues explain that the more threat women felt to their relationship (i.e. from the poor gift), the more they tried to protect against this threat.

With a new acquaintance in the first experiment there wasn’t much relationship to protect, so the bad gift had no effect compared to the good gift.

But when there was a substantial existing relationship to protect, women were motivated to guard against this potential threat.

Men, in contrast, made no such effort, saying they didn’t like their partner’s choice and, by extension, their partner.

Now before men start thinking they can use these experiments to justify giving their partners poor gifts, remember that these studies are short-term and probably only represent men and women’s first instinct when receiving good and bad gifts.

The real lesson is that women are more motivated than men to marshal psychological defence mechanisms to protect against the damaging effects of poor gifts.

Over the long-term the story is likely to be the same for both sexes: bad gifts damage relationships by chipping away at their heart; the feeling that in this big, bad world you’ve found someone who really understands you, and knows what you like.