Theory Of Mind: When Children Begin Understanding Other Minds 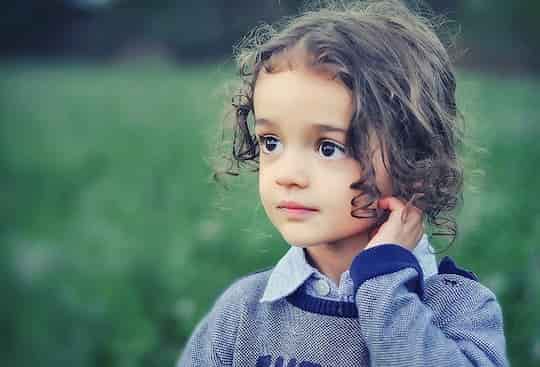 The emergence of theory of mind in children is a vital developmental milestone; some think a failure to develop it is central to autism.

One superpower all psychologists would kill for is the ability to read minds.

Not only would it make psychology research a lot easier, we would be able to experience what it is like to be someone else – a fascinating prospect.

Although telepathy is still science fiction most of us can do something clever that, while only a pale imitation, does allow us to step inside other people’s minds in a limited way.

We can do this because our brains are fantastic simulators – we can, for example, predict the paths objects will take through space and the decisions we should make now to cause a future event.

Similarly, we can put ourselves in other people’s shoes to try and imagine their thoughts, intentions and possible actions.

In fact, without the ability to simulate what other people are thinking we would be lost in the social world.

Psychologists call this ability to simulate or work out what others are thinking ‘theory of mind’.

The emergence of theory of mind in children is a vital developmental milestone; some psychologists think that a failure to develop a theory of mind is a central component of autism.

The first experiment to provide evidence about when theory of mind emerges using a test of false beliefs was carried out by Heinz Wimmer and Josef Perner from the University of Salzburg (Wimmer & Perner, 1983).

To test the emergence of ‘theory of mind’ the researchers wanted to find out whether children could pass a false belief test.

To pass the test, children have to understand that it’s possible for other people to hold beliefs that are different to their own.

This is a surprisingly tricky task when your brain is so new it’s still under warrantee.

Wimmer and Perner tested children between 3 and 9-years-old by telling them a story about a boy called Maxi whose mother had brought home some chocolate to make a cake.

When she gets home Maxi sees her put the chocolate into a blue cupboard.

Then Maxi goes out to play.

Meanwhile, his mother uses the chocolate for the cake but happens to put it back in the green cupboard.

When Maxi comes back in he feels hungry and wants some chocolate.

The children in the experiment are then asked, not where the chocolate is, but which cupboard Maxi will look in.

In the experiment the story is also acted out using dolls and matchboxes to make the story explicit for the children.

The results showed that 3 to 4-year-olds tended to fail the test by pointing to the actual position of the chocolate rather than where Maxi thought it was.

They seemed unable to understand that although they knew where it was, Maxi didn’t.

Wimmer and Perner argued that this was because they could not construct a separate mental model of the world that represented Maxi’s experience – they weren’t capable of a theory of mind.

From about 4 to 5-years-old the situation changed dramatically.

Suddenly, the children tended to point to the cupboard where Maxi thought the chocolate was, rather than where they knew it was.

However in some variations of the experiment children up to 5-years-old still had problems understanding someone else’s false belief.

Finally, at 6-years-old, the children did consistently understand that another person can hold a false belief about the world.

This experiment suggested that at about 4 to 6-years old a range of remarkable skills start to emerge in young children that are vital for their successful functioning in society.

From one perspective it is a sad end to innocence, but from another it is a necessary base for a skill required for social success.

At around 4-years-old children are starting to understand that we don’t live out there in the world, we actually create a model of the world in our heads, a model that can easily be wrong.

Like many child psychology studies, this experiment has sparked much debate about what its results mean.

Here are some of the alternative explanations addressed by the experimenters:

While this experiment has been criticised, and other methods have been developed for examining theory of mind in children, tasks like this one are still in use around the world to this day, helping to uncover how and when we first develop the ability to understand other people’s thoughts.