10 Facts About Dreaming You Should Know 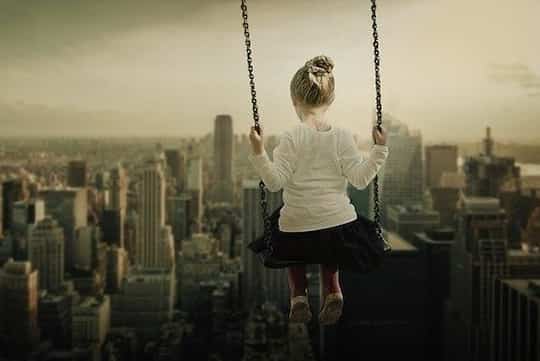 Facts about dreaming include why dreams are remembered, where dreams are controlled in the brain, what they mean and more…

While we are asleep the brain is active all night long.

Both adults and babies are thought to dream for around two hours each night.

People have several dreams each night, but probably forget about 95 percent of them.

1. Why the brain remembers dreams

Some people recall all kinds of dreams, others hardly anything.

Why the big difference?

Part of the reason that some people recall more of their dreams is that they wake up more in the night, even if only for short periods.

It is a fact about dreaming that we need to be awake to encode dreams into long-term memory, otherwise they are generally lost to the night.

2. A fact about the dream control centre

Whether you remember dreams, then, depends on whether you are a light or heavy sleeper.

A brain imaging study has found those who recall more of their dreams have higher activity in the medial prefrontal cortex (Eichenlaub et al., 2014).

In addition, those who recalled most dreams showed greater activity in the temporo-parietal junction: this area of the brain is associated with attention towards things happening in the external world.

Together these two areas are very important in dream recall.

One of the study’s authors Perrine Ruby, explained:

“This may explain why high dream recallers are more reactive to environmental stimuli, awaken more during sleep, and thus better encode dreams in memory than low dream recallers.

Indeed the sleeping brain is not capable of memorizing new information; it needs to awaken to be able to do that.”

The overlap between waking and dreaming states was at the heart of the Matrix films.

Sci-fi aside, though, the film asked: when we’re awake, are we really awake or is this just another dream?

That’s all exciting philosophical stuff of course, but actually this has some neurobiological truth.

“…dreaming may be the quintessential cognitive simulation because it is often highly complex, often includes a vivid sensory environment, unfolds over a duration of a few minutes to a half hour, and is usually experienced as real while it is happening.” (Domhoff, 2011)

It is a fact about dreaming, though, that some genuinely cannot dream.

Often as a result of brain damage from strokes, these patients can be awoken repeatedly during the night and asked about their dreams: they claim never to be dreaming (Bischof & Bassetti, 2004).

5. The purpose of dreams

Of course we don’t know what dreams are for.

It could be that dreams have no purpose, but are merely distracting by-products of losing consciousness in the particular way we do when we sleep.

Being human, though, means searching for explanations, so there’s no shortage of theories about what dreams are for.

Which you believe probably has less to do with science than your own personal preference.

So, believe whatever makes life more fun for you!

6. It is not a fact that dreaming only occurs in REM sleep

Since the 1950s it’s been thought that dreaming is only associated with the so-called ‘Rapid Eye Movement’ portions of sleep, which make up around 20-25 percent of total sleep-time.

But this idea has now been challenged.

Studies have found that sometimes when people are awakened from REM sleep they report no dreams.

And, sometimes when awakened from non-REM sleep they do report dreams (e.g. Nielsen, 2000).

Although much of our dreaming is done in REM sleep, some is probably also done in non-REM sleep.

A study of 50,000 dream reports by US psychologist Calvin S. Hall and colleagues found that there are remarkable similarities in the way people dream all around the world:

8. The meaning of dreams

At least, I personally don’t believe dreams mean anything in the sense that most people understand this question.

But I’m in the minority, as demonstrated by a study which found that 56 percent of Americans endorse the Freudian view of dreams, in that they reveal deep psychological truths about the self (Morewedge & Norton, 2009).

Indeed this may even be an underestimate of how much store people put by dreams.

Morewedge and Norton’s study found that the majority of people think their dreams will influence their waking life, often more so than a similar waking thought.

So apparently I’m wrong: dreams mean a lot to people–even if it’s only because of the importance people ascribe to them.

Recording what happens in the brain during a particular dream is hard.

You can put people inside brain scanners while they’re asleep and then ask them afterwards what they dreamed about, but the problem is they don’t know when they dreamed it.

So it ends up being tricky matching up the brain imaging results with a particular dream.

One solution is to use lucid dreamers.

These are people who have trained themselves to be aware of when they are dreaming and who can also take control of their dreams.

A recent study which used lucid dreamers this way found significant overlaps between the activity in the brain during wakefulness and during sleep (Dresler et al., 2011).

One of the authors, Michael Czisch, explained:

“Our dreams are therefore not a ‘sleep cinema’ in which we merely observe an event passively, but involve activity in the regions of the brain that are relevant to the dream content.”

Have you ever wondered if blind people can see in their dreams?

This is a question blind people get asked a fair amount.

Studies back this up, finding that people who never had sight or who lost their sight before they were five do not dream visually.