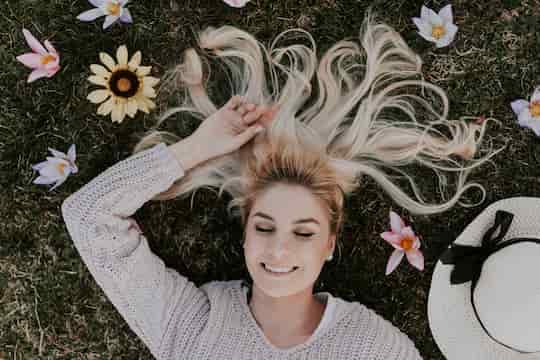 Dream interpretation is nonsense, but psychologists have found many people still believe dreams can predict the future and more…

Dream interpretation is the idea that dreams hold special meanings: that they can predict the future, for example, or reveal deep psychological truths.

Most scientists believe that dream interpretation is essentially bunk: dreams have no meaning in the sense that most people mean it.

However, the attraction of dream interpretation is certainly obvious and many people believe in their power, as psychologists have frequently demonstrated.

We all live two mental lives.

When we are awake it is mostly ordered, rational, linear and bounded by rules, both behavioural and physical.

But when we are asleep it is chaotic, non-linear, without rules, often without sense, which opens the way to dream interpretation.

According to some psychologists, dreams are nothing more than the by-product of a brain disconnected from its normal sensory inputs, free-wheeling its way through the night.

To others, dreams denote night-time learning or problem-solving, even automatic sifting of the mind’s detritus, the skimming off of useless information to be dumped like so much mental junk.

Amongst the general public, though, there are much stronger beliefs about the power of dreams — hence the popularity of dream interpretation.

So strong that, according to research, people seem to believe dreams can predict the future.

To see how much meaning people ascribe to their dreams, Carey Morewedge and Michael Norton asked participants to compare four ways of thinking about dreams (Morewedge & Norton, 2009):

Notice the last three theories all share the idea that, while dreaming may or may not have a psychological purpose, the actual content of our dreams is still mental junk: sometimes entertaining, sometimes frightening, often weird, but with no real meaning in and of itself.

The content only has a strong meaning in the Freudian approach.

Participants from the United States, South Korea and India were all more likely to endorse the Freudian view of dream interpretation than the other three.

In the US sample it was 56 percent Freudian, 8 percent problem-solving, 18 percent random and 18 percent learning.

Dream interpretation of a plane crash

Although 56 percent endorsing Freud might sound high, Morewedge and Norton thought it was still an underestimate of how much store people put by their dreams.

So,a second and third study asked both Freudians and non-Freudians to estimate the effect of their dreams on behaviour.

Participants were asked to imagine they were taking a flight tomorrow when each of the following events happened the night before:

They were then asked to put these in order of most to least likely to make them cancel their flight.

My money was in the same place as I’d guess yours is: on the real plane crash being the most off-putting.

For the Freudians in the group, though, we’d both be wrong.

Incredibly, they thought the dream would be the greatest motivator to cancel the flight, even more so than an actual, real-life crash.

Non-Freudians rated the real-world event as more influential than the dream, but only just.

Giving the lie to their non-Freudian stance, though, they still thought dream interpretation would be more influential than thoughts they had while they were awake.

So the majority of people think their dreams will influence their waking life, often more so than a similar waking thought.

But the experimenters wanted to push it further: what if a dream’s message conflicted with a person’s best interests?

Morewedge and Norton’s next two experiments used a common dream in which someone we like does something nasty to us.

In this case it was dreaming that a friend had betrayed us by kissing our partner.

What they found was that people who remembered a dream about their friend kissing their partner tended to think it was meaningless, but when the dream cheat was someone they didn’t like, it was filled with meaning.

This suggests people only imply meaning into their dreams when the implications fit their motives.

In a final study experimenters pitted people’s dreams up against their religious beliefs.

Again, participants demonstrated a motivational interpretation of their dreams.

They were happy to endorse the meaningfulness of their dreams, unless it contradicted their religious beliefs, in which case they deemed them meaningless.

Dream interpretation is not always a purely innocent pastime.

Dream interpretation can even implant false memories in people’s minds, either accidentally or when carried out in a malicious way.

An experiment by Giuliana Mazzoni from the University of Florence and colleagues demonstrates the power psychotherapists potentially wield with a mere 30 minute interpretation of a dream (Mazzoni et al., 1999).

This intriguing experiment had three stages:

This is how it worked:

One-hundred and fifty-nine potential participants were first asked to fill out a questionnaire asking about events they remembered occurring to them before the age of 3.

The questionnaire asked how confident they were in each of these memories.

The events included things like ‘found some lost keys’ or ‘hand caught in mousetrap’, but there were two questions experimenters were particularly interested in: ‘was harassed by a bully’ and ‘was lost in a public place for more than one hour’.

Only the 72 who were reasonably confident this event hadn’t happened to them were selected for the experiment.

These participants were then randomly split into two groups, with one acting as a control group while the other group were targeted with a dream interpretation session designed to change their beliefs and memories.

Around two weeks, later the dream interpretation group were invited to take part in another study which appeared unrelated to the earlier questionnaire they had filled out.

They were told it was a ‘Dream and Cognition Study’, where they would bring two of their dreams to a session with an expert in dream interpretation.

In fact the expert dream interpreters were the experimenters.

When participants arrived at the session they were introduced to a ‘clinical psychologist’ who would interpret their dreams.

Every participant was ultimately told that their dream probably indicated they had been bullied as a child or lost in a public space depending on which question they had answered ‘no’ to in the earlier questionnaire.

It was also suggested this had probably happened before the age of 3.

Participants in the control group did not take part in this section of the study.

A further couple of weeks later all the participants were called back to fill in exactly the same questionnaire they had completed in part 1.

Impressively, fully half of the dream interpretation group reported increased confidence in their belief that they were either lost in a mall or had been bullied by an older child before the age of 3.

Of these people, half produced concrete reports of the events having occurred.

They actually built on the dream interpretation to fabricate memories of their own.

This was despite previously being fairly certain these events had never occurred.

In the control group, however, only a few people increased their confidence the childhood event had occurred.

In addition, 30 percent of the control group actually reported decreased confidence they had been bullied or were lost as a child compared to only a few percent of the dream interpretation group.

This suggests the dream interpretation group hadn’t simply had their memories jogged.

In this study, those who believed in the power of dream interpretation were more likely to change their beliefs and generate false memories.

The power of dream interpretation

Despite these impressive results, this experiment probably under-estimates the power therapists could potentially wield over their clients’ beliefs and memories.

The experiment examined only people visiting a ‘clinical psychologist’ who they had never met before and about whom they probably had few expectations, other than that they were apparently a dream expert.

Hopefully, of course, the strength of the therapeutic relationship can be used to make positive changes, but it is worth remembering that there are two sides to the coin.

But it’s more than just that.

Morewedge and Norton argue that there is also a basic psychological process supporting people’s belief in dreams interpretation.

We have random thoughts all the time, like day-dreaming about getting a raise at work.

If a thought comes while awake, it can be consciously dismissed as wishful thinking.

But when the same thought comes during a dream, it’s harder to dismiss — hence dream intepretation.

Although logically impossible, dream interpretation makes it feel like dreams come from outside ourselves.

Along with the long cultural history of dream interpretation, their apparently mysterious source may be partly why some people find dreams so influential.