Hypnosis: 8 Myths You Should Know 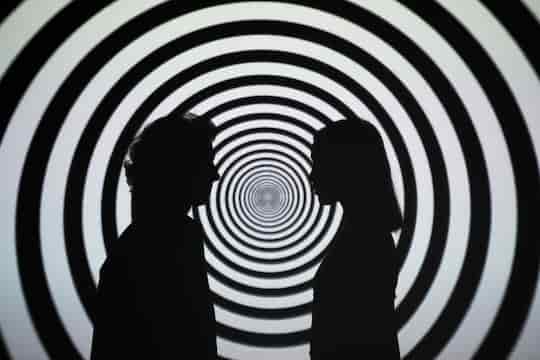 Hypnosis is a real phenomenon but there are many myths and misunderstandings about it. Here are 8 common ones.

In other words, hypnosis puts people in a trance.

Hypnosis certainly can be an effective therapy, particularly for pain and anxiety.

Hypnosis can achieve all sorts of fascinating effects, among other things, people can:

But much of what many people believe about hypnosis is total and utter rubbish.

Myth 1: Only the mentally weak can be hypnotised

It is a myth that only the mentally weak are susceptible to hypnosis.

In fact, the exact reverse is probably more true.

The higher your intelligence and the stronger your self-control, the more easily you are hypnotised.

That’s because entering a hypnotic trance is all about concentrating, so people with mental health problems can find it difficult under hypnosis.

However, finding it hard to enter a hypnotic state doesn’t mean there’s anything wrong with you.

People naturally vary in how susceptible they are to hypnosis.

Studies have shown that around 30 percent of people are relatively resistant to hypnosis.

Although, with effort, a hypnotic state can usually be achieved eventually.

Myth 2: Under hypnosis, people are helpless

It is a myth that people are helpless under hypnosis.

It’s difficult to get people to do things under hypnosis that they wouldn’t normally do.

While hypnotised people are still in touch with their morals and normal standards of behaviour.

That said, though, it is possible to reduce people’s inhibitions under hypnosis and they will more readily accept suggestions.

Stage hypnotists rely on this heightened suggestibility, along with picking the types who, let’s say, don’t mind a little attention.

That’s how they get people to quack like ducks and the rest.

Don’t we all know someone who would quack like a duck if it meant everyone would look at them?

Yes, people look like they’re asleep when they’re hypnotised because their eyes are sometimes closed and they look peaceful.

But it is a myth that under hypnosis they are asleep.

In fact, the hypnotic trance is a heightened state of concentration.

A high level of alpha waves on an EEG show that a hypnotised person is awake, alert and very responsive.

Myth 4: Hypnotherapy works in one session

It is a myth that hypnosis alone can cure any ailment in one session.

Nevertheless, some of the most outrageous curative claims are made about hypnotism (although usually not by hypnotherapists themselves).

These have their origins in stage hypnotism as well as hucksters of all types.

Of course, people regularly repeat claims that they were cured in only one session of hypnotherapy because it’s such a good story.

Who wants to hear about how it took you a decade, three divorces and 19,423 nicotine patches to give up smoking?

The truth is that almost no one is cured in one session, if they are cured at all through hypnosis.

Even then, hypnotherapy is often used as an added extra to some other kind of treatment, rather than as the main method.

Myth 5: Hypnotists must be flamboyant or weird

It is a myth that practitioners of hypnosis need to look unusual or flamboyant.

In reality, it would be distracting if the person trying to hypnotise you had swirling eyes, kept talking about black magic and wore very loud ties.

Your average hypnotist is much more likely to wear a grey suit.

Myth 6: Under hypnosis long forgotten memories can be retrieved.

It is a myth that under hypnosis, long forgotten memories can be retrieved.

But, if you believe this one, then you’re in very good company.

Many members of the public think this is true, as do some psychologists and many hypnotherapists themselves.

Except that nowadays most people in the know think that the hypnotic trance isn’t much good for accurately retrieving memories.

Worse, hypnotists can easily implant false memories, because people in a hypnotic trance are easily suggestible.

That scene in the movie where hypnosis helps the victim see the killer’s face is pure Hollywood: entertaining but total fiction.

Myth 7: You can’t lie under hypnosis

It is a myth that you cannot lie under hypnosis — in fact, you can!

Hypnosis is not some kind of magical state in which you can only speak the truth.

This is a natural result of the fact that you are not helpless when hypnotised and your usual moral (and immoral) faculties are still active.

Not only can you lie under hypnosis, but lying is not necessarily any more detectable hypnotised than when not (Sheehan & Statham, 1988).

In reality, most of us have experienced a state of mild hypnosis, at least.

For example, when you drive a long distance and start to feel dissociated from your body and the car, that’s a mild state of hypnosis.

Your unconscious is taking care of all the mechanical aspects of driving while you conscious mind is free to float around.

Or if you’ve every meditated then you’ve hypnotised yourself.

Meditation is really a specific type of hypnosis.