Earworm: What It Is And How To Get Rid Of It 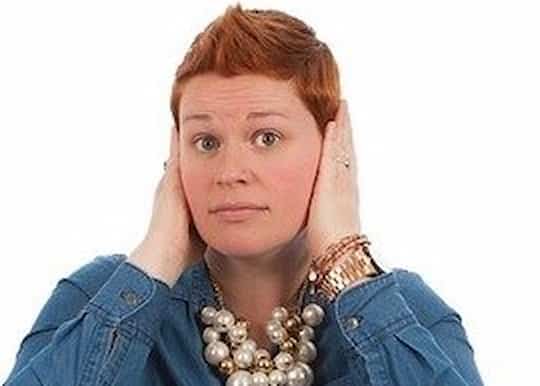 An earworm — a song stuck in your head — is a common experience, with around 9 out of 10 people finding they last an hour or longer.

An earworm, sometimes known as a brainworm, is a song going around in your head that you can’t get rid of.

Some claim that earworms are like a cognitive itch, we scratch them by repeating the tune over and over in our heads.

Having a song going around and around in your head is a very common occurrence.

Almost everyone reports having experienced an earworm.

While some say an earworm is not a problem, others find earworms disturbing, distracting and even an obstacle to thinking.

An earworm is usually a pop song

Searching for earworms on Twitter reveals people have all kinds of songs stuck in their heads.

From The Muppets theme tune, The Sound of Music tracks, to Richard Strauss’ An Alpine Symphony.

Similarly, this study revealed relatively little overlap between the songs going around in people’s heads.

This suggests that it’s more the song’s interaction with people rather than the song alone that creates the cognitive itch.

Not everyone was equally undisturbed by earworms though, the study’s authors write:

“Those who found the earworms most problematic were respondents who considered music particularly important.

These participants also reported experiencing earworm episodes of longer duration and harder to control than participants for whom music was of less importance.”

Participants reported using all sorts of techniques for trying to get rid of earworms like listening to other songs and doing some work (two even reported drinking alcohol) but generally fighting the earworm just made it stronger.

The reason for this is that, as psychologists have found, thought suppression can be counter-productive.

Chew gum to get rid of an earworm

One method for getting rid of earworms that has psychological research to back it up is chewing gum (Beaman et al., 2015).

For the research, some people were asked not to think about a song by David Guetta featuring Flo Rida and Akon called “Play Hard”.

Should you be unfamiliar with this life-changing masterpiece, here it is:

(People weren’t forced to watch the video as well — psychologists have some ethical standards you know.)

Sometimes participants chewed gum while trying not to think about the earworm song, other times they just sat there.

In the three minutes people just sitting there thought about the song around 10 times.

Those chewing gum thought about the song around 7 times.

Not bad seeing as they had just listened to the song and some had been told not to think about it — a method usually guaranteed to make you think of nothing else.

The study’s authors explain the phenomenon this way:

“…co-opting the articulatory motor programme to chew the gum impairs the involuntary recollection of an auditory image.

This is consistent with data showing that chewing gum can affect immediate memory for verbal material.”

Earworms can help you remember

Earworms are not all bad, though.

In fact, earworms help to strengthen memories when they first form (Kubit & Janata, 2021).

Indeed, earworms have a strong link to another oft-experienced effect of music: to bring a beautiful memory back to you.

“Scientists have known for some time that music evokes autobiographical memories, and that those are among the emotional experiences with music that people cherish most.

What hasn’t been understood to date is how those memories form in the first place and how they become so durable, such that just hearing a bit of a song can trigger vivid remembering.”

For the study, people were asked to watch videos while they listened to music they had not heard before.

Afterwards they tried to recall as much as they could from the video clips.

The results showed that when the song got stuck in people’s heads, creating an earworm, they also remembered more details from the video clip.

The more the song became an earworm, the more details they recalled.

In addition, when people listened to the tune again, their memory for the video was near perfect.

“We typically think of earworms as random nuisance beyond our control, but our results show that earworms are a naturally occurring memory process that helps preserve recent experiences in long-term memory.”

For most of us earworms are relatively untroubling.

And if you are tempted to moan then just be thankful you’re not the 21-year-old described in a case report by Praharaj et al., (2009).

This man had had music from Hindi films going around in his head against his will for between 2 and 45 minutes at a time, up to 35 times a day, for five years.

So I don’t want to hear any complaints about “We Will Rock You” or “Whomp – There It Is”.