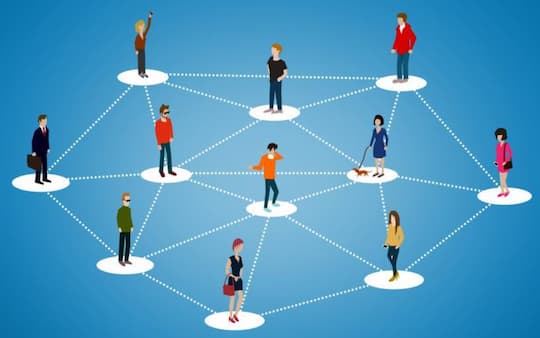 Conformity is such a strong influence in society that it’s impossible to understand human psychology and behaviour without it.

Conformity in psychology is defined as the act of changing one’s behaviours, beliefs or attitudes to fit in with other people.

Conformity is attractive to many people because it is easier to follow what other people are doing than strike out on your own.

The pressure to conform affects everyone; understanding how and when puts you one step ahead of the pack.

Some common examples of conformity include:

Conformity is not always the norm

The power of conformity is extremely strong: psychological experiments show that people will deny the evidence of their own eyes in order to conform with other people (see: the Asch Conformity Experiment).

However, as Professor John C. Turner says, conformity is not always the norm:

“Anyone who looks outside the window at daily events around the globe will find that […] resistance, conflict and change are as normal as the sun rising.” (Turner, 2006; p.42)

Understanding when we conform has all kinds of practical real-world benefits, depending on your aims: it can help you understand your own behaviour as well as understand how others will behave under a variety of different situational pressures.

Everyone should be aware of these factors and how they affect the most important areas of their social life.

Here are the 12 timeless influencers of conformity:

One of the most important factors affecting whether or not people conform is the size of the group around them.

Maximum conformity is seen when groups reach between 3 and 5 people.

Add more people and it makes little difference, less than 3, though, and conformity is substantially reduced (Bond, 2005).

Children start conforming with others from the age of 12 onwards (Large et al., 2019).

Before that, children largely do their own thing and are unaffected by others.

From 12, though, people are more strongly influenced by society.

Some older children in the study followed other people’s advice even when they knew it was wrong.

It is well-known that adolescents are especially susceptible to social influence.

As soon as there’s someone who disagrees, or even just dithers or can’t decide, conformity is reduced.

Some studies have found conformity can be reduced from highs of 97 percent on a visual judgement task down to only 36 percent when there is a competent dissenter in the ranks (Allen & Levine, 1971).

Dissenters must be consistent, though, otherwise they’ll fail to convince the majority.

→ Related: how to fight groupthink with dissent.

People conform much more strongly to others who are in the same group as them.

Examples of ‘in-groups’ include sports clubs, churches and your nationality, among many, many others.

These influences are even stronger for attractive people who we like.

Group size and dissent make little difference when the people themselves are not part of ‘our’ group.

Moods can have complex effects on conformity, but there’s some evidence that we’re more likely to conform when we’re in a good mood than a bad mood (Tong et al., 2007).

One dastardly emotional technique for increasing conformity is using fear-then-relief.

Make someone afraid of something, then relieve that fear, then they’re more likely to do what you want (Dolinski & Nawrat, 1998).

While personality might not be as important as the situation in which people are put, it none the less has an effect.

Some people have more of a ‘need for structure’.

These type of people have a greater desire to know what is coming next and what to expect.

Consequently, they are more likely to conform (Jugert et al., 2009).

Being a free spirit and refusing to conform with others is a sign of high IQ (Muthukrishna et al., 2015).

Those with higher IQs only follow the crowd strategically.

People use conformity to ingratiate themselves with others.

Some people have a greater need for liking from others so are more likely to conform.

Have you noticed that nonconformers are less likely to care what other people think of them?

Western cultures have more individualist attitudes so people from those cultures are less likely in general to conform.

When faced with an authority figure, mere conformity can be transformed into obedience.

The Milgram experiment on obedience shows that people will administer dangerous electric shocks if told to by a white-coated authority figure.

People don’t always blindly follow authority figures though, studies show a huge range in obedience, from 12 percent to 92 percent depending on the social context (Smith & Bond, 1993).

The abuse of people’s deference to authority figures is central to the psychology of scams.

Other people affect us even when they’re not present.

Whether or not we recycle, litter the street or evade tax often comes down to our perception of society’s view.

Most of us are strongly influenced by thinking about how others would behave in the same situation we are in, especially when we are unsure how to act (Cialdini, 2001).

The higher we perceive the level of consensus, the more we are swayed.

We are also more easily swayed if we know little about the issue ourselves or can’t be bothered to examine it carefully.

The power of reciprocation is frequently undervalued, but it is incredibly strong and influential across all human cultures.

On an everyday level it means that if I give you something, you feel compelled to give me something back.

When invited to a dinner party or wedding, we feel a strong compulsion to reciprocate, sometimes against our better judgement.

The power of normative influence

So, that is the power of conformity, as it occurs every day, between every single one of us (even hermits are conforming with other hermits!).

Conformity is not in itself a good or a bad thing.

For example, creativity is built on some of the pillars of nonconformity: ignoring social norms and authority, eschewing social approval, rejecting structure and cultivating dissent.

On the other hand many of societies most basic institutions—government, finance, transport, education—would collapse if people didn’t conform.

This list gives you all sorts of ways to think about your own and other people’s conformity.

You need to be creative to think about how these processes can help you achieve your aims, whether it’s in business, your personal life, online or elsewhere

Whatever your goals are, remember that conformity affects everyone, whether we know it or not.