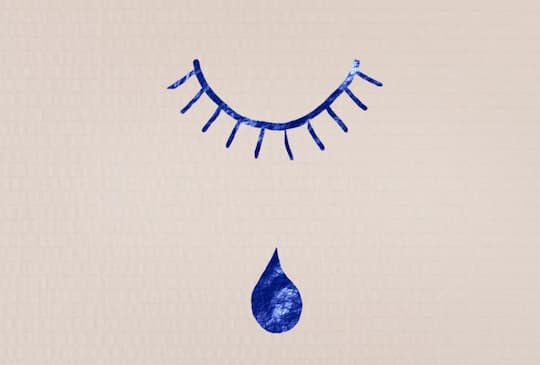 Bipolar disorder symptoms and signs include extreme mood swings from low to high and back again. It used to be called manic depression.

Bipolar disorder — which used to be known as manic depression — affects upwards of 1 in 100 adults at some point in their lives.

The most obvious of bipolar disorder symptoms is very severe mood swings; it is a condition of extreme emotional states.

Someone experiencing bipolar disorder will have periods of great energy and exhilaration at times.

At other times they will experience very deep depressions (there’s more on how mania and depression cycle below).

Sometimes these states are mixed together.

The highs and lows are much greater than most people will experience in their lives.

Bipolar disorder symptoms are about way more than just feeling full of energy one morning then a little fed up in the afternoon.

During severe episodes it can make the person totally unable to deal with everyday life.

Bipolar disorder often starts in late teens or the twenties but rarely after 40-years-of-age.

It affects both men and women equally.

During the ‘manic’ phase people experiencing bipolar disorder may have one or more of these 15 feelings and behaviours that are all bipolar signs and symptoms:

Depressive phases of bipolar disorder may include one or more of the following 12 thoughts and behaviours.

Cycling from manic to depressed

Bipolar disorder is generally categorised into different types depending on how people cycle between manic and depressive phases.

Others have mostly heavy depressive phases and short periods of mania.

Still others cycle more quickly between the two.

At the extreme, bipolar people can experience delusions and hallucinations.

In a manic phase, this might include believing you are the most important person in the world.

In the depressive phase, it could mean believing you are the worst person in the world.

As with many mental health problems, the cause of bipolar disorder is not well known.

However, it is likely a mix of genetic and environmental factors, like stress or childhood abuse.

Recent research finds there is no one specific cause of bipolar disorder symptoms (McInnis et al., 2017).

It is not down to one chemical imbalance or one specific life event.

Rather, bipolar disorder has many common symptoms.

The results come from over 1,100 people who have been studied for over ten years.

Over 730 had bipolar disorder symptoms, the rest did not.

We have found that there are many biological mechanisms which drive the disease, and many interactive external influences on it.

All of these elements combine to affect the disease as patients experience it.”

Some of the key findings were that among those with bipolar disorder:

The researchers found that while bipolar disorder symptoms tends to run in families, there were no specific genes at its heart.

“If there was a gene with a strong effect like what we see in breast cancer, for instance, we would have found it.

We hope this new framework will provide a new approach to understand this disorder, and other complex diseases, by developing models that can guide a management strategy for clinicians and patients, and give researchers consistent variables to measure and assess.

Bipolar disorder has a lot to teach humankind about other illnesses, because it covers the breadths of human mood, emotion and behavior like no other condition.”

Psychotherapy may include strategies for monitoring mood, general coping strategies and underlining the importance of daily routines.

For medication, mood stabilisers like lithium are often tried, as are antidepressants and anticonvulsants.

The combination will depend on the person.

People who receive treatment for bipolar disorder will usually be able to deal with the symptoms in the long-term — that’s not to say it’s easy.

One study found that 98 percent of people’s symptoms were much improved after two years (Tohen et al., 2003).

However, the same study found that 40% of people had a relapse within a further two years.

The use of psychoeducation together with medication helps reduce the recurrence of bipolar disorder better than drugs alone, researchers found.

Psychoeducation is aimed at:

“Not everyone may agree with me, but I think the family environment is very important in terms of whether somebody stays well.

That person can remind their loved one to take their medications or stay on a regular sleep-wake cycle or contact the psychiatrist for a medication evaluation.”

The conclusions come from a review of 39 separate randomised controlled studies on bipolar disorder symptoms.

The results showed that family therapy, cognitive-behavioural therapy and interpersonal therapy were all effective at stabilising symptoms.

This is because support systems are vital, Professor Miklowitz said:

“If you’re in group therapy, other members of that group may be able to help you recognize that you’re experiencing symptoms.

People tend to pair off.

It’s a little bit like the AA model of having a sponsor.”