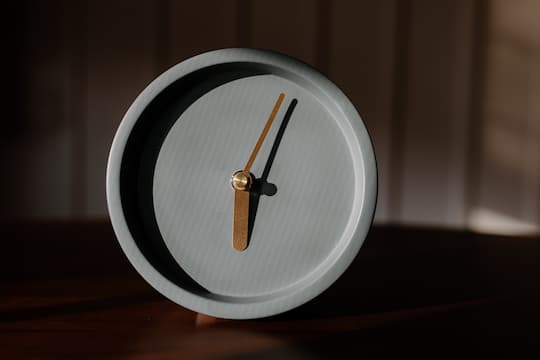 Procrastination can be overcome using these simple steps based on psychological research on how to stop procrastinating.

Procrastination means putting off or delaying tasks until the last minute, or sometimes even later.

Procrastination has been extensively studied by psychologists, probably because they have some world-class procrastinators close at hand: students.

Students don’t have a monopoly on procrastination, though, almost everyone procrastinates now and then.

Up to one-fifth of U.S. adults are thought to be chronic procrastinators.

The difference is that some people learn effective strategies for dealing with it and get some stuff done; others never do.

The first tip to stop procrastination is simply to start with whatever is easy, manageable and doesn’t fill your mind with a nameless dread.

Have a look at your project, whatever it is, and decide to do the easy bit first.

The great thing is that after getting going, you start to build momentum and the harder bits are more likely to flow.

The tip relies partly on the Zeigarnik effect: the finding that unfinished tasks get stuck in the memory.

Unfinished you see: a task can’t be unfinished until it’s at least been started.

Planning can help with this, but planning is also a trap.

Too much planning and not enough actual doing is another form of procrastination.

Take a tip from writers, artists and creatives down the ages: just start anywhere!

You may chuck away the stuff you start with, but at least it gets you into the project and helps stop procrastination.

OK, now all sorts of excuses for procrastination are crowding into your mind.

Be aware that these will come, and they’ll come big.

Here are a few of the excuses that psychologists have found people express to themselves:

Recognise some of these? You’re not alone.

This tip is all about developing an awareness that these are excuses that help perpetuate procrastination.

Be mindful of anything that’s expressed like an excuse and label it as such to help stop procrastinating.

It’s natural, but it will also stop you getting anywhere.

4. Value the goal to overcome procrastination

A massive cause of procrastination is simply not valuing the goal enough.

If we don’t care that much, we’re not going to be that motivated.

Other times the goal is unpleasant or aversive and we need to be super-motivated to do it.

Cleaning is a great example of something people often procrastinate on.

The value of this task could be increased by making a game out of it or setting time limits or unusual conditions.

For any task, though, thinking about why it’s important and trying to up its value in our minds will help stop procrastination.

Another way of cognitively increasing value is to think about the costs of not getting the task done.

Does that make the task seem more valuable?

Some people are just born procrastinators.

You know who you are.

These people are easily distracted, impulsive and have low self-control (have you even read down to number 5?).

The bad news is that you can’t change your personality (well, not much anyway).

The good news is that you can change your environment.

You can put yourself in an environment in which there are fewer distractions, temptations and all the right reinforcing signals.

Procrastination tends to strike when you have to stop and think, so have everything you need to hand and then lock yourself away.

The more you have a procrastination personality, the more the environment needs to be just right for you to get it done.

Here things get a little tricky.

That’s because when you expect a project to be difficult or hard to complete, then you are more likely to procrastinate.

But, there’s only one reliable way to increase expectations of success and that is by experiencing success.

But, while procrastinating and not starting, you can’t experience success.

This tip is more of a warning about this Catch-22 and a reminder of that Woody Allen quote:

“80 percent of success is showing up.”

You’ve got to at least show up to find out whether you can do it.

Here are two ways of thinking about a task:

When you are feel like procrastinating, it’s much better to think about the concrete steps you are going to take, rather than abstract aims and ideas.

Thinking concrete helps you get started and stop procrastinating.

More on this here.

Sometimes procrastination is less an intentional thing and more about memory failures.

Most solutions to this problem are some variant of: write it down.

It may not matter that much how you make a list, or where you record the reminder — carve it into a tree if you like, as long as it’s a tree you walk past every day.

Just don’t rely on your memory to stop procrastination.

Not, at least, until you have formed a habit which doesn’t rely on memory and you start doing it automatically.

Doubts will arise for even the most confident of people.

One easy way to do that is by shaking your head while thinking those negative thoughts.

It may sound childish, but according to a study it can help the chronically uncertain (see: How to Fight Excessive Doubt).

There are other kinds of over-thinking which are also dangerous:

Being mindful of when we’re wasting mental energy rather than getting on with the task at hand can be useful.

These approaches will help stop procrastination

Yup, sometimes it’s just too hard, it will take too long, you really didn’t have the time, or it wasn’t worth it.

Here’s a wonderful effect of forgiving yourself: one study has found that it can actually break you out of the cycle of procrastination (see: Procrastinate Less By Forgiving Yourself).

As the authors say:

“…forgiving oneself for procrastinating has the beneficial effect of reducing subsequent procrastination by reducing negative affect associated with the outcome of an examination.”

In other words: forgiving yourself for procrastination makes you feel better about the task, and so more likely to attempt it again in the future.

11. Move the task into the present

People start a task sooner when they believe it is part of their present.

In one study, the researchers used some neat tricks to make people think a task was part of the present or part of the future.

In one, they gave some participants an assignment on the 24th of April, giving them five days to complete it.

Other participants were given the same five days to complete it, but were not given it until the 28th of April — so that the deadline fell in May.

People in the first group had the feeling the task was part of their present and so they were more likely to begin it.

Those in the second group felt it was part of May so were less likely to begin.

Remember, both groups had the same time — five days — so it was just the perception that caused some people to procrastinate.

“You don’t have to see the whole staircase, just take the first step.”