Signs Of Autism: How The Symptoms Change With Age 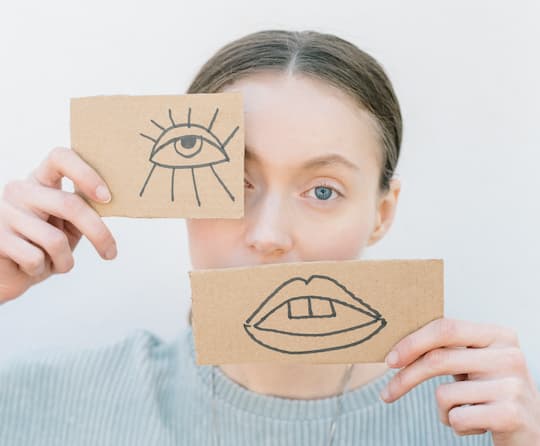 Signs of autism include no social pointing, no babbling by 12 months, no words by sixteen months and no warm or happy facial expressions.

Autism spectrum disorder (ASD) is a developmental problem that affects people’s ability to communicate, behave and interact with others.

There are around 70 million people around the world who are autistic or show signs of autism.

The number of people diagnosed with autism around the world has risen massively (Rødgaard et al., 2019).

In the last fifty years, the prevalence of autism has multiplied by an astonishing 40 times, with many more showing signs of autism.

Males are about four times more likely to have signs of autism than females.

There’s huge variability in the disorder.

That’s why it’s now known as an autism spectrum –- a very big spectrum.

Autism is not usually diagnosed before two-years-old.

However, the subtle warning signs of autism can be seen even earlier — perhaps before the age of 18 months.

The earlier a child is diagnosed with autism, the quicker the treatments can begin.

The five early warning signs of autism are:

Before one-year-old it is difficult to spot any of these signs of austism.

But between 12 and 18-months, it is possible to pick up on these signs of autism.

Below are some specific signs of autism to look for in a child that may be at risk.

Some ‘red flag’ signs of autism are indicated below — any of these mean a child needs to be medically evaluated.

Problems with language and social skills are central to autism, so any concerns around these should be acted on.

Signs of autism in childhood

Here are seven symptoms or signs of autism in older children:

Gut problems in children with autism

Gut problems are often seen in children with autism.

Children with more severe repetitive behaviours — one of the classic signs of autism — are more likely to experience stomach pain, constipation and other gut difficulties.

Repetitive behaviours include rocking back and forth and hand flapping.

It may be that repetitive behaviours are one way that children with autism communicate their distress at gut problems.

The study underlines the strong link found between mental health problems in general and the gut.

“In the general population, there’s a fair amount of evidence about the connection between mood and mental disorders and gastrointestinal difficulties.

In autism, we wonder if the gut problems children experience are a core part of the disease itself or whether they’re brought on by other symptoms that children with autism experience.”

Gut problems typically emerge at a time when children are still unable to communicate verbally.

Previous studies have suggested that probiotic therapy may be able to help people with autism.

Repetitive behaviours are one of the common signs of autism in adults, although they are just one part of the syndrome.

Habits like lining up objects, or arranging them in patterns are potential signs of autism.

Repetitive behaviours like these are common signs of autism, along with other nervous disorders, like OCD and Tourette’s.

Researchers have developed a test of these signs of autism that can help to diagnose the condition (Barrett et al., 2016).

It then asks people to rate how strongly they agree with various statements, including:

Those with signs of autism often insist that their daily routines remain the same.

They use habitual, repetitive movements to try and reduce stress and anxiety.

Repetitive behaviours can include jumping, spinning, arm-flapping, head-banging and so on.

As with many psychological conditions, the seeds of the disorder are found in most people.

It is when it starts to interfere with everyday life that it requires diagnosis and treatment.

Lack of empathy and social skills

A lack of empathy is another of the classic signs autism, even if people do not reach the formal criteria for ASD (Shah et al., 2019).

Those who lack empathy, which is one of the signs of autism, tend to agree with statements such as:

Another of the common signs of autism is a lack of social skills.

Someone who has autistic tendencies would not necessarily receive a diagnosis of autism.

Autism occurs along a spectrum — this means some people have very serious symptoms, while others have only mild symptoms.

Criteria for autism diagnosis is broadening

Many more people, both children and adults, are displaying signs of autism in recent times.

One reason autism diagnoses are rising so rapidly is that the definition of autism is broadening (Rødgaard et al., 2019).

Researchers analysed many separate studies including almost 23,000 people with autism.

“This means that, across all disciplines, the people with or without autism who are being included in studies are increasingly similar.

If this trend holds, the objective difference between people with autism and the general population will disappear in less than 10 years.

The definition of autism may get too blurry to be meaningful — trivializing the condition — because we are increasingly applying the diagnosis to people whose differences from the general population are less pronounced.”

What has changed is diagnostic practices for autism, said Professor Mottron:

“Three of the criteria for an autism diagnosis are related to sociability.

Fifty years ago, one sign of autism was a lack of apparent interest in others.

Nowadays, it’s simply having fewer friends than others.

Interest in others can be measured in various ways, such as making eye contact.

But shyness, not autism, can prevent some people from looking at others.”