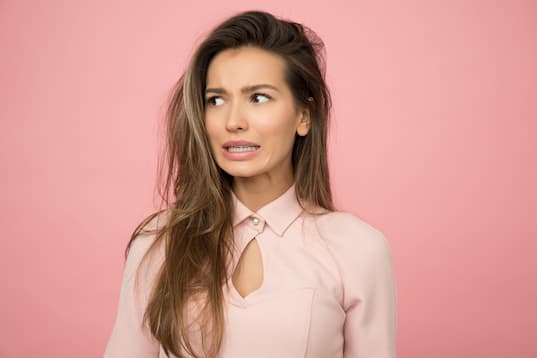 Selective attention in psychology refers to how we focus our attention on some things and ignore others. The attentional spotlight is an example.

Selective attention in psychology is focusing on one object or stimuli to the exclusion of all others.

Since attention is a limited resource and there is so much information coming into our brains at any one time from our senses, we have to choose what we pay attention to.

Selective attention is most often studied in psychology in our vision and hearing.

For example, the cocktail party effect is a great example of the power of auditory selective attention.

The cocktail party effect in psychology is our impressive and under-appreciated ability to tune our attention to just one voice from a multitude.

However, vision has proved an incredibly rich area for psychology research on selective attention.

Much of the time our attention is focused in the same way we are looking, but not always.

In fact, we probably spend a lot more of our time than we might imagine with our ‘mind’s eye’ looking in a different direction to our eyeballs.

Eye direction normally coincides with where attention is directed but it is such an important social signal that disguise is sometimes necessary.

Take these examples of selective attention:

The attentional spotlight in psychology

Although this phenomenon of selective attention is a common everyday experience, the way attention moves around the visual field has been a tricky one for scientists to examine.

Up until the 1970s psychologists found it very difficult to prove experimentally that attention could move without the eyes.

Then an explosion of experiments in the 70s provided just the evidence scientists had been waiting for.

These led to one of the most famous metaphors for visual attention: the attentional spotlight.

This is the idea that our selective attention moves around our field of vision so that the things falling within its beam are processed preferentially.

Selective attention can be both consciously directed and hijacked by unconscious processes so that, for example, we can avoid getting hit by buses.

One classic experiment that finds the ‘attentional spotlight’ zipping away from eye direction was carried out by Professor Michael Posner and colleagues at the University of Oregon (Posner, Snyder & Davidson, 1980).

Across a series of different conditions testing selective attention they had participants press a button as quickly as possible when they saw a light appear.

In some conditions participants were given a little hint about where the light was going to appear, either they saw:

These hints were provided just a fraction of a second before the flash of light so people didn’t have time to move their eyes (this was checked using electrooculography) but had to flex their selective attention.

The question researchers were interested in was whether people were faster to respond to the light when given a clue about its position, compared with no clue.

What they found was that people were about 50 milliseconds (one-half of a tenth of a second) faster to detect the light when given a clue than not — a significant advantage.

What this suggests is that something other than the eyes such as selective attention, which don’t have time to shift, has moved to the area where the light was expected.

From experiments like this Posner and others argued that it is our selective attention moving around the visual field, often remarkably independent of our actual gaze direction.

Indeed even if we’re looking directly at something, and when we don’t expect to see it, we’re no more likely to notice it than if it appears on the edge of our vision (Posner, 1980).

It appears that selective attention can be likened to a spotlight roving across our vision like a virtual eye, just picking out the things in which it is interested; it’s not as attached to where we point our eyes as we might imagine.

Turning off the spotlight

Just how important the attentional spotlight is to selective attention in our everyday functioning is made all the more obvious by patients who seem to ‘ignore’ one half of their visual fields.

Despite both eyes being physically functional, because of the damage to the visual processing centres, it’s as though the attentional spotlight can’t travel over to the left hand side.

Technically, they can see to the left but crucially they don’t notice anything.

People with this problem might shave only one side of their face or only eat half of the food on their plate.

The attentional spotlight theory isn’t the only metaphor to be used to describe the way selective attention moves across the visual field.

One popular cousin of the spotlight theory is the zoom-lens metaphor.

Rather than a beam of attention of a set size, Eriksen and St. James (1986) argue that we zoom in and out depending on the task.

There is also evidence, such as LaBerge (1983), which supports this model.

Like many metaphors, though, it’s not wise to take the attentional spotlight or the zoom-lens too literally.

Subsequent findings examining the details have questioned several aspects of these theories, but there are two main objections to both:

Although there are problems with the attentional spotlight and zoom-lens as metaphors, they still provide a useful insight into how our selective attention can move independently of the eyes.

The evidence also scientifically confirms the everyday experience of fixing the gaze and still being able to ‘look around’.