Regrets: How They Shape Our Future 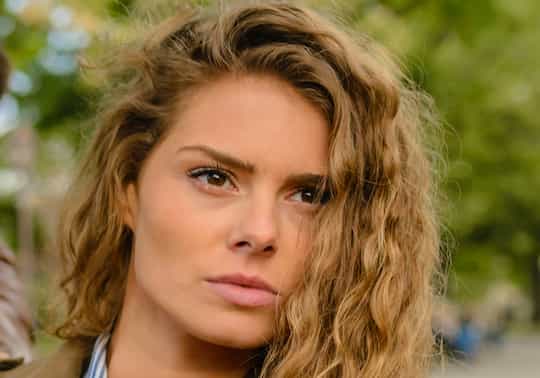 Regrets can be powerful and long-lasting, but self-compassion can help us avoid this troubling emotion.

It would probably include things like anger, happiness, jealousy, sadness and especially for us English, embarrassment.

We tend to think of having regrets as essentially a backward-looking.

We regret things in the past, like not trying hard enough in school, how we treated a friend or the things we said to our partner in the heat of an argument.

Among women, regrets about romance were twice as common as among men.

For men, work regrets were most widespread.

Professor Neal Roese, an author of this study, said:

“We found that one’s life circumstances, such as accomplishments or shortcomings, inject considerable fuel into the fires of regret.

Although regret is painful, it is an essential component of the human experience.”

Single people were most likely to have romantic regret, the researchers found.

In general people regretted actions and inactions to equal degrees.

But it was regrets about things that people didn’t do that lasted the longest.

Here is the full list of most commonly described regrets:

Education seems to play a role in career regrets, the study’s authors explain:

“Americans with high levels of education had the most career-related regrets.

Apparently, the more education obtained, the more acute may be the sensitivity to aspiration and fulfillment.”

“Past research on regrets focused on samples of college students, which made it difficult to glean insights into the wider population.

This research, however, offers a unique and more thorough look into the psychology of regret to further understand how regret connects to life circumstances and its impact on decision making.”

But, regret isn’t just a backward-looking emotion, it also looks forward and it can be a terribly powerful emotion which affects our behaviour in the here and now.

That’s because we also have the power to anticipate feeling regret in the future, which we naturally try to avoid.

My favourite example involves a simple study about lottery tickets and pens.

Would you swap the ticket?

In this study, participants were given lottery tickets—not real ones, but organised by the researchers so that one person could win.

Then, they were asked if they would be willing to exchange them for another one which had an identical chance of winning (Bar-Hillel & Neter, 1996).

To encourage them to switch tickets, they were offered a tasty truffle.

Even though there was no difference between the tickets and there was a treat as an incentive, less than 50 percent of participants agreed.

Then the experiment was repeated with different participants, except this time, instead of lottery tickets, participants were given pens.

As before they were offered a small incentive to make the switch.

In this condition 90 percent of participants agreed to the swap.

Why the huge difference?

No matter what, all the pens are identical, but only one lottery ticket will actually win, although before the draw they all have the same chance of winning.

What this means is that we can start using our imaginations, projecting ourselves forward into the future and thinking about possible consequences and regrets.

What if we decide to swap our lottery ticket and then it turns out to be the winning one?

How will we feel then?

It’s this anticipation of regrets that stops people swapping their tickets.

The odd thing is that some psychologists argue that anticipating regrets may be stronger than the actual regret we would feel if our choices don’t work out.

Anticipated regret is such a powerful emotion that it can cause us to avoid risk, lower our expectations, steer us towards the familiar and away from new, interesting experiences.

We anticipate more regrets when we go against the grain, when we make positive decisions ourselves, rather than letting the chips fall as they may.

And all for what?

So that we can avoid something that won’t be that bad anyway and might not happen at all?

People sometimes boast that they have no regrets, which I don’t believe.

But I’d like to hear them say they’ve got no anticipated regrets.

That would be something to be proud of.

After all, the past is gone, but we’ve still got a chance of shaping the future.

Move on from regrets with self-compassion

Being kind to oneself is an excellent way of letting go of past disappointments, embarrassments and failures.

Indeed it may be that with self-compassion, it is possible to feel stronger after life’s inevitable hiccups.

The study’s authors conclude that self-compassion works by increasing acceptance:

Furthermore, self-compassion’s effects on personal improvement were distinct from self-esteem and were not explained by adaptive emotional responses.

Overall, the results suggest that self-compassion spurs positive adjustment in the face of regrets.”

Here is how the instruction people were given in the study to encourage them to think more self-compassionately and reduce regrets:

Not only does it better allow us to confront our regrets, it also enables us to see them in their true light.

After all, we are all only human.