Brainstorming: How To Revitalise An Outdated Technique 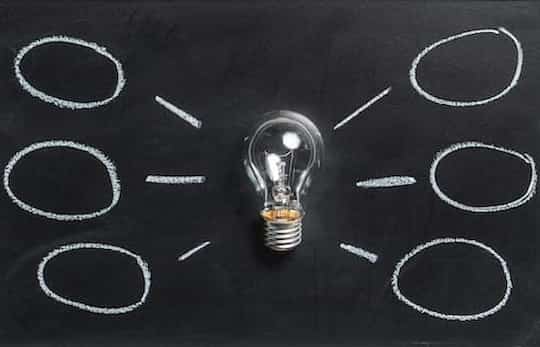 Brainstorming, meaning a group creativity technique, is inefficient, but there are simple ways to fix it and produce more high quality ideas.

Brainstorming, meaning a creativity technique, was once thought a fantastic way for groups to generate new ideas.

Brainstorming for new ideas, which was invented by an advertising executive called Alex F. Osborn, is based on two principles:

The basic idea of brainstorming as people now use it is to ask a group to come up with as many ideas as possible without judging any of them until later on.

Although not as fashionable as it once was, brainstorming is still frequently used in business and, often inadvertently, for all sorts of personal decisions; people happily brainstorm for holiday destinations, restaurants and even new careers.

Brainstorming certainly looks like a great way of dealing with some of the problems associated with decision-making and creativity in groups, such as groupthink and people’s failure to share information effectively.

By suspending evaluation, encouraging a relaxed atmosphere and quantity over quality, the brainstorming session is supposed to foster creativity.

Traditional brainstorming does not work

Unfortunately, brainstorming as we know it doesn’t work that well.

Experiment after experiment has shown that people in brainstorming sessions produce fewer and lower quality ideas than those working alone (Furnham, 2000).

So if groups need to generate new ideas, new connections between old ideas and new ways of seeing the world, how should they proceed?

The answer is that brainstorming needs a tweak.

Inspiration for ways to get around these problems comes from the research on electronic brainstorming.

Electronic brainstorming uses the rules developed almost half a century ago by Osborn:

The only requirement is that all the participants can see the other ideas as they scroll down the screen.

In this research, people doing brainstorming typed in their ideas to a computer which also displayed other people’s ideas at the same time.

This rather neatly gets around the social loafing and production blocking problems.

These ideas can be used to motivate face-to-face brainstorming to produce better results (Furnham, 2000):

But why bother to try and ‘fix’ brainstorming at all?

Why not just send people off individually to generate ideas if this is more efficient?

The answer is because of its ability to build consensus by giving participants the feeling of involvement in the process.

People who have participated in the creative stage are likely to be more motivated to carry out the group’s decision.

Also it emerges that groups do have a natural talent, which is the evaluation of ideas, rather than their creation.

The conclusion of the psychological literature, therefore, is that people should be encouraged to generate ideas on their own and meetings should be used to evaluate these ideas.

The same rule applies in business as in your personal life.

Generating ideas about where to go on holiday, what to write that new sitcom about, what question your research should address, and so on, are best done alone.

Groups aren’t where ideas are born, but where they come to sink or swim.

Another potentially promising twist on the electronic brainstorming formula is called ‘Brainwriting’.

Brainwriting, in contrast to electronic brainstorming, is a little more old-school and involves sitting together and writing down your ideas on Post-It notes.

Participants initial their ideas and put them in the centre of the table for others to see.

No talking is allowed.

A new study has compared both of these techniques and found that it is Electronic Brainstorming that produces the most non-redundant new ideas (Michinov, 2012).

The drawback of the Brainwriting method is that each person has to reach forward and pick up other ideas and people don’t do this as much as they should.

In contrast, Electronic Brainstorming allows (forces, even) every member to see what the other’s are saying with little or no effort.

It means that the group is exposed to the flow of ideas with very little effort.

On top of this it solves some of the problems with face-to-face brainstorming.

When it’s done online, each person doesn’t have to wait for the others to stop talking and is less worried about being evaluated (plus brainstomers don’t have to be in the same country!).

This probably helps to explain why people report finding Electronic Brainstorming to be a satisfying experience.

One final tip: Electronic Brainstorming research suggests the best results are gained in groups of 8 or more.