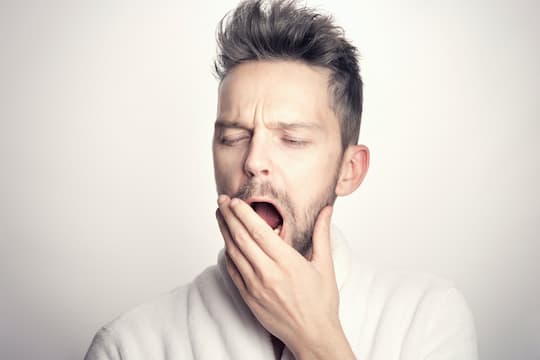 People spontaneously use three strategies to overcome being bored. However, some writers swear by boredom to boost creativity.

Boredom is an emotional state that involves a lack of stimulation, any activity to do or any interest in the environment.

Still, there are these weird people who never seem to get bored.

“Oh!” say the chronically interested and engaged, “What a fascinating and exciting world we live in. How wonderful it is to be alive. How can anyone possibly be bored with all the variety in life?”

I’m with French philosopher Albert Camus, who said (in The Plague):

“The truth is that everyone is bored, and devotes himself to cultivating habits.”

‘Everyone’ might be a slight exaggeration, although some estimates suggest up to 50% of us often feel bored.

For teenagers that’s definitely an underestimate.

And boredom is not to be taken lightly.

There’s evidence that those who are bored are more likely to die earlier than others (Britton & Shipley, 2010).

So, you really can be bored to death.

And here are the three psychological strategies that people spontaneously use to cope with boredom (Nett et al., 2009):

Of course we use all of these strategies at different times.

But there’s tentative evidence to suggest that we should rely more on reappraisal than the other two.

The worst strategy seems to be trying to evade boredom (think: drink, drugs and gambling).

Perhaps the very opposite of boredom is a ‘flow state’.

A flow state is the experience of being fully engaged with what you’re currently doing.

Psychologists found that playing a computer game that put people in a flow state also reduced their stress, while they waited for uncertain news.

They felt more positive emotions, less negative emotions and were less likely to be bored when the game was just hard enough for them.

Many other activities can provide flow states — in fact anything that engages the attention, stretches your skills a little and that you are doing for its own sake.

“Flow — if it can be achieved — incurs benefits.

And video games are perfect for flow as long as it’s a game that meets and slightly pushes the skill level of the player.

Flow is most readily achieved with activities that challenge the person somewhat, but not too much; have clear, achievable goals; and that provide the person with feedback about how they’re doing along the way.”

For the study, 290 participants had their photo taken and were told they had to wait while it was being evaluated for attractiveness.

Naturally, this made them nervous.

In the meantime, they played a distracting computer game called Tetris.

Some played at an easy level, some at a hard level, while for some the game adapted to them.

The results showed that people got through the waiting period in the best mood when the game adapted to their level.

Because the game adapted, it put them into a flow state.

“The Tetris study is key because it experimentally manipulates flow and shows effects of that manipulation, which provides convincing evidence that flow actually causes well-being during waiting periods, not that it just happens to coincide with well-being.”

Not everyone agrees that being bored is always a problem.

Some creative people and even psychologists find that being bored can spur people’s creativity.

It could even be true at work.

Psychologists at the University of Central Lancashire had participants copy numbers out of the telephone book for 15 minutes, while others went straight into a standard creativity task (Mann & Cadman, 2014).

Both groups were asked to come up with as many different uses as they could for a polystyrene cup.

The group that were more bored came up with the most uses.

Dr Sandi Mann, one of the study’s authors said:

“Boredom at work has always been seen as something to be eliminated, but perhaps we should be embracing it in order to enhance our creativity.

What we want to do next is to see what the practical implications of this finding are.

Do people who are bored at work become more creative in other areas of their work — or do they go home and write novels?”

In a subsequent study they found that creativity was reduced when people were still bored but didn’t have the chance to daydream.

The purpose of boredom

While we tend to think of boredom as something that inevitably leads to trouble — drinking, gambling, antisocial behaviour — this research suggests different possibilities.

More than anything, the feeling of boredom is a strong signal that we are stuck in some kind of rut and we need to seek out new goals.

In the study above, this search led participants to new ideas.

Usually people will do anything to avoid being bored, as it’s such an aversive experience.

But creative people, like writers, sometimes talk about seeking out boredom.

Here is the comedy writer Graham Linehan talking about boredom to The Guardian:

“I have to use all these programs that cut off the internet, force me to be bored, because being bored is an essential part of writing, and the internet has made it very hard to be bored.

The creative process requires a period of boredom, of being stuck. That’s actually a very uncomfortable period that a lot of people mistake for writer’s block, but it’s actually just part one of a long process.”

So, when you start to feel bored, instead of glancing at your phone, try being bored for a bit.

Who knows what creative thought might come of it?