How To Negotiate Salary: 12 Science-Based Tips 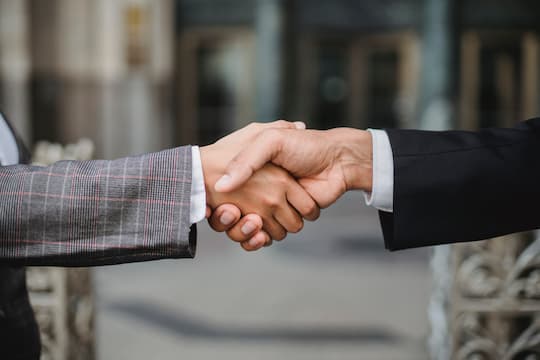 Much of the advice you read about how to negotiate salary is rubbish.

It’s not just that salaries are a touchy subject and so they’re difficult to investigate accurately, it’s also that the same old clichés get repeated over-and-over again by lazy writers.

But a few recent psychology studies do provide a scientific insight into how to negotiate salary.

Here’s what you need to know:

It’s surprising how many people hardly negotiate salary at interview and, during employment, fail to negotiate a pay rise.

Initial very low offers may force us to negotiate salary but those who are always ready to negotiate, whatever the situation, are likely to achieve higher salaries.

One early study of graduating MBA students found that those who were prepared to negotiate salary achieved better starting salaries (Gerhart & Rynes, 1991).

It’s pretty obvious advice but it’s amazing how many people fall at the very first hurdle.

2. You should set the anchor

Oddly, articles on this subject often recommend waiting for the other side to open the bidding in salary negotiation.

This may work in auctions but according to research on how to negotiate salary, this is wrong.

The first number that gets mentioned is important because it acts as an anchor against which other numbers are judged (see: anchoring bias).

If you allow the other side to set the anchor then they will set it low and grab control and negotiate salary lower.

Studies find that, whether consciously or otherwise, this first offer sets the tone for the whole negotiation.

When you mention a number, make sure it’s high—that is, high in the context of the industry you work in, obviously it shouldn’t be ridiculous.

One study of simulated salary negotiations has found that when the anchor figure is set high, the final negotiated amount is likely to be higher (Thorsteinson, 2011).

One potential problem with making high opening offers is that employers can take it the wrong way.

Tension can be diffused, though, by making a joke about, for example, ‘unrealistic salary expectations’.

There is evidence in the negotiation research that humour—when used appropriately—can be an effective tactic to negotiate salary.

Remember that even when framed with humour, a high opening number can still influence the ultimate decision (Thorsteinson, 2011).

Whether you like it or not, negotiating your salary is a game, with all the usual attempts at deception and sportsmanship.

So, once the main body of the negotiations are under way, try to dominate them as you would any competitive game.

Try to persuade and assert and, if necessary, misrepresent and threaten.

When negotiating your salary, you don’t have to compete all the time, collaboration can also work.

Find out what is in the other side’s interests.

This can be a useful strategy but…

In the research by Marks and Harold (2011), people who tried to find win-win solutions to negotiate salary felt better about the negotiation, but crucially made less money.

This flies in the face of standard advice about looking for win-win scenarios (the problem is they can make you look weak).

So the question is: do you want to feel good or earn more?

Common advice on how to negotiate salary is to be reasonable and flexible.

But what’s emerging clearly from this research is that compromise and accommodation tend not to work.

These are both strategies which place too much weight on what is best for your employer (i.e. to pay you less).

If you compromise and accommodate to negotiate salary the result will be simple: you’ll get less money.

If you’re a woman and think this all sounds a bit masculine, then don’t.

The research suggests there’s little difference between the way men and women negotiate salary (although women do still sometimes end up with less).

10. Be bold to negotiate salary better

A personality trait that’s central to negotiation is risk aversion: those who avoid taking risks are worse negotiators.

Of course, some of us are just inherently more risk averse than others.

The problem is that high risk aversion is associated with less use of competition as a negotiation strategy, and being competitive works.

The fact is that to negotiate salary to get the best deal you have to embrace the risk because if you’re afraid to risk, you’ll get less.

It is one of the best psychological predictors of how much someone will earn.

The conclusions come from a study of over 2,500 people who completed tests of ‘delay discounting’.

Delay discounting is the ability to give up a small reward now to get a bigger one later.

It’s like investing money instead of spending it right away — you get more later if you can resist buying a new car now.

To better negotiate salary, then, work on your self-control.

12. Believe that you’re worth it

A common stumbling block when trying to negotiate salary is thinking you’re not worth it.

So it’s vital to convince yourself that you are worth it.

Try to find out what other people are getting paid for doing the same job.

If it’s more, then you are worth more.

If it’s not more, then think of why you specifically should earn more.

With that in mind you can go in to negotiate salary with an anchor in mind, a joke to ease the tension and the willingness to take a risk to make a substantial gain.