8 Superb Signs You Have An Introvert Personality 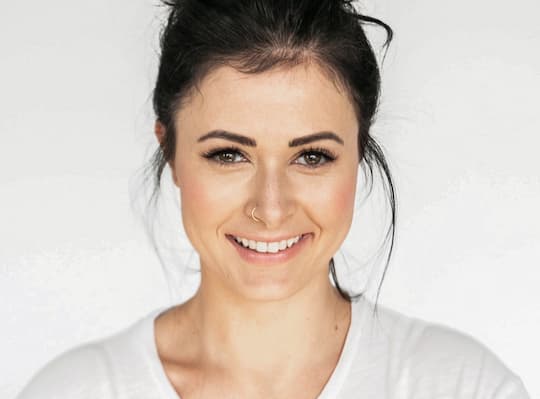 An introvert is not necessarily shy, but is particularly interested in their own mental states.

They may seem reserved, but an introvert gains energy through reflecting internally.

As a result, an introvert tends to enjoy activities that are done alone, such as reading and writing.

Typically, an introvert is not particularly attracted to large groups and gatherings, preferring a quieter environment.

That does not necessarily make an introvert socially anxious.

Being less social is a preference, not a pathology.

Introversion is one of the five major traits of personality.

People who are introverted tend to focus more inwards, concentrating on their own thoughts, feelings and moods.

As a result, they seek less stimulation from the outside world.

Like all personality traits it exists on a continuum, in this case with extroversion at the other end.

So, most people have a balance of introverted and extroverted traits — this is known as an ambivert.

However, some people are at the extreme end of the spectrum.

Strong introverts tend to be reserved, quiet and introspective.

They find too much social interaction draining and tend to gain energy from spending time alone.

Causes of introversion vs extroversion

A popular early theory of introversion and extroversion by the psychologist Hans Eysenck argued that it is down to the excitability of the brain.

Like other personality traits, though, genetics and the environment likely interact to influence people’s levels of introversion.

Studies of twins suggest around 50 percent of introversion is inherited.

Like all human being, introverts come in all sorts of different types.

It can be difficult to tell some people are introverts because the way they behave may mask it.

Another kink is that people often have a mix of introverted and extroverted traits.

One study has suggested that introverts come in four different types:

Common signs of an introvert

Some of the most commonly cited signs of introversion are:

However, here are some more less well-known signs of introversion.

1. An introvert makes a better psychologist

People who are sadder and more introverted are the best natural psychologists, scoring highest on tests of human nature.

Being a good natural psychologist stems from having a more accurate view of oneself and of others.

The fact that introverted people do better on these tests is fascinating, Mr Gollwitzer, the study’s author, said:

“It could be that the melancholic, introverted people are spending more time observing human nature than those who are busy interacting with others, or they are more accurate at introspection because they have fewer motivational biases.

Either way, though, this demonstrates an unappreciated strength of introverts.”

‘Introverts prefer mountains’ is one of the conclusions of a series of recent studies on the link between personality and place.

People view mountainous areas as being more peaceful and calm.

These are viewed as more exciting, sociable and stimulating.

The study also found that introverts are, indeed, more likely to live in mountainous areas, while extroverts tend to live on the flat.

Wanting to be alone is not necessarily a red flag for depression or isolation.

In fact, choosing solitude can be a sign of self-acceptance and personal growth.

Periods of solitude can provide spiritual renewal, critical self-reflection and even a chance for creative expression.

Wanting to be alone is not necessarily about shyness or loneliness.

“Introverts just need more of it.

Our culture is pretty biased toward extroversion.

When we see any sign of shyness or introversion in children, we worry they won’t be popular.

But we overlook plenty of well-adjusted teens and young adults who are perfectly happy when alone, and who benefit from their solitude.”

Introverts are naturally better at dealing with sleep deprivation after a busy day of social interactions, research finds.

Despite being kept awake for 22 hours, introverts remained more alert than extroverts when tested the next day.

It may be because introverts generally have higher cortical arousal.

In contrast, extroverts are vulnerable to sleep loss after interacting with many people during the day.

The introvert’s ability to resist sleep loss could be down to genetic factors.

Introverted women are less likely to cheat on their partner.

An introvert tends to enjoy more solitary activities, preferring to think before they talk and enjoys focusing their mental energy inwards.

In contrast, women who are highly extroverted are more likely to cheat on their partner.

Similarly, women who are introverted are satisfied with their marriages for longer.

There are some links between musical preferences and personality.

Those listening more to rock, indie or alternative music tend to be more introverted.

An introvert with a more stable personality is like to have higher levels of general knowledge.

Many people make the mistake that introversion is the same as shyness.

Extroverts assume that introverts do not want to interact because they are fearful.

The truth is that many introverts do not get the same pleasure out of social interactions as extroverts, so they avoid it.

An introvert frequently chooses to stay away from others, but is not afraid to go near them.

Being less social is a preference, not a pathology.

Social anxiety involves worrying about being embarrassed or humiliated in front of others.

It is more than being shy — the fear can be so great that the social situation can only be born with considerable distress.

While introverts are not necessarily socially anxious, the personality trait can put them at a higher risk in combination with other factors.

The two personality traits that mark out people with social anxiety are being introverted and emotionally unstable.

The combination of introversion and emotional instability is the ‘typical’ form of social anxiety disorder.