Anchoring Bias: How Decision-Making Is Biased by First Impressions 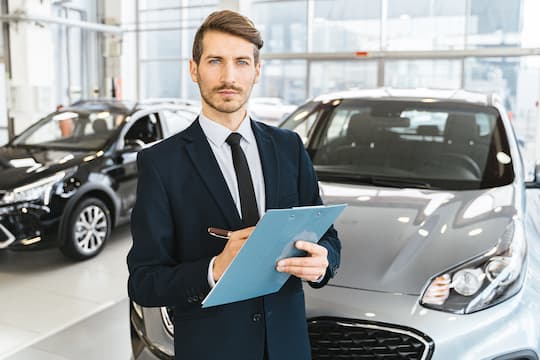 Anchoring bias in psychology is a cognitive bias that causes people to rely too much on the first piece of information they get when making decisions.

The anchoring bias or anchoring effect or anchoring heuristic is a cognitive psychology finding that people over-emphasise the first piece of information they receive.

A simple example of the anchoring bias is the first price quoted for a car: this number will tend to overshadow subsequent negotiations.

The anchoring bias means that people rely too heavily on this first piece of information, even when more is known later on.

To illustrate the anchoring bias or effect, let’s say I ask you how old Mahatma Gandhi was when he died.

For half of you I’ll preface the question by saying: “Did he die before or after the age of 9?”

Obviously these are not very helpful statements.

Anyone who has any clue who Gandhi was will know that he was definitely older than 9; while the oldest person who ever lived was 122.

So why bother making these apparently stupid statements?

Because, according to the results of a study conducted by (Strack & Mussweiler, 1997), these initial statements, despite being unhelpful, affect the estimates people make.

This is the anchoring bias, effect or heuristic.

In their experiment, the first group guessed an average age of 50 and the second, 67.

Neither was that close, he was actually assassinated at 87; but you can still see the effect of the anchoring bias on the initial number.

These might seem like silly little experiments that psychologists do to try and suggest that people are idiots, but actually it’s showing us something fundamental about the way we think.

It’s so basic to how we experience the world that we often don’t notice it.

We have a tendency to use anchors or reference points to make decisions and evaluations, and sometimes these lead us astray.

This sort of things is going on in loads of different areas of our lives.

Take the emotions for starters.

Psychologists have found it can be difficult to predict our future emotions and one reason is that the anchoring bias affects how we feel right now.

That’s why people who have just had lunch feel like they’ll never be hungry again; compared with those who haven’t, who don’t display the same short-sightedness (I have described the relevant study in the context of the projection bias).

Real estate agents, car sellers or negotiators will be nodding their heads.

That’s because the anchoring bias is vital in all these lines of work, and many more.

The initial price you set for the car, house or, more abstractly, for a deal of some kind, tends to have ramifications right through the process of coming to an agreement.

Whether we like it or not, our minds keep referring back to that initial number.

That doesn’t mean you just set the highest possible price you can get away with (although in reality that’s often what is done).

In real life things are more complicated than the Gandhi experiment.

People usually have a choice about which house or car to buy or which deal to take and they can always walk away.

You can see the effect of the anchoring bias in salary negotiations.

There’s some evidence that when the initial anchor figure is set high, the final negotiated amount will usually be higher (Thorsteinson, 2011).

Incidentally, the anchoring bias is another reason that you should open negotiations rather than waiting for the employer to tell you the range: because then you can set the anchor higher (more on this in: Ten Powerful Steps to Negotiating a Higher Salary).

Since the anchoring bias occurs in so many situations, no one theory has satisfactorily explained it.

There is, though, a modern favourite for explaining the anchoring bias in decision-making.

It is thought to stem from our tendency to look for confirmation of things we are unsure of.

So, if I’m told the price of a particular diamond ring is £5,000, I’ll tend to search around looking for evidence that confirms this.

In this case it’s easy: plenty of diamond rings cost about that, no matter the value of this particular ring.

The problem is that this explanation is less satisfying when the anchor is so manifestly unhelpful, like when you tell people that Gandhi was older than nine when he died.

Perhaps, then, it’s all down to our fundamental laziness.

When given the Gandhi example we can’t be bothered to make the massive adjustment from the anchor we’re given up to the real value, so we go some way and then stop.

How to avoid the anchoring bias

Whatever the reason for it, the anchoring bias is everywhere and can be difficult to avoid.

That’s especially true when we are deciding what to pay for stuff since we are overly influenced by the price that’s been set.

One way of avoiding the anchoring bias — whether it’s emotional or in decision-making — is by trying to from the anchor state.

This can be done by thinking about other comparisons.

That’s what we’re doing when we comparison shop: getting some new price anchors.

In the realm of the emotions it might mean trying to compare with other emotional states, not just how you feel right now (creating a ‘memory palace‘ for reference emotions may help with this).

When negotiating avoiding the anchoring bias might mean thinking about what the other options are (negotiation theorists call this the ‘BATNA’: the Best Alternative To a Negotiated Agreement).

Alternatively, for nullifying the anchoring bias in decision-making, find out more about the area: experts are less susceptible to it.

There’s little doubt it’s hard, though: some studies suggest that even when you know about it and are forewarned, the anchoring bias can still affect our judgements.

It just shows the power that first piece of information can have on how we make decisions.