Social Loafing: When Groups Are Bad for Productivity 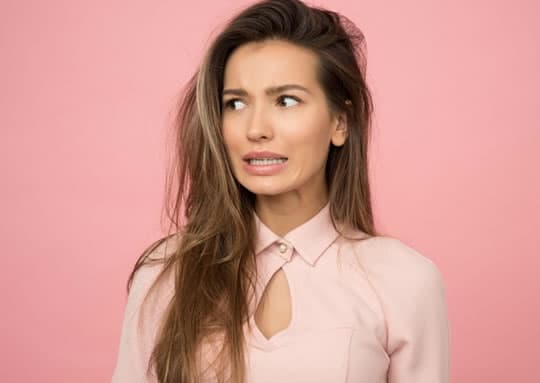 Social loafing is the phenomenon that the more people there are in a group, the less work they do — but it can be reduced.

Groups can be fantastically unproductive because they provide such wonderful camouflage.

Under cover of group work people will slack off, happy in the knowledge others are probably doing the same.

And even if they’re not: who’ll know?

This is what psychologists have nattily called social loafing and it was beautifully demonstrated by a French professor of agricultural engineering called Max Ringelmann as early as the 1890s. 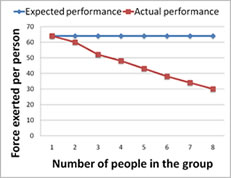 Ringelmann, often credited as one of the founders of social psychology, had people pull on ropes either separately or in groups of various sizes and he measured how hard they pulled. He found that the more people were in the group, the less work they did (see graph).

Notice that people did about half as much work when there were 8 others in the group than they did on their own.

Social loafing around the world

Since Ringelmann’s original study many others have got the same result using different types of tasks.

Most entertainingly Professor Bibb Latané and colleagues had people cheering, shouting and clapping in groups as loud as they could (Latané et al., 1979).

When people were in groups of six they only shouted at one-third of their full capacity.

The effect has been found in different cultures including Indians, Taiwanese, French, Polish and Americans, it’s been found in tasks as diverse as pumping air, swimming, evaluating poems, navigating mazes and in restaurant tipping.

However social loafing is less prevalent in collectivist cultures such as those in many Asian countries, indeed sometimes it is reversed.

It’s not hard to see why this finding might worry people in charge of all kinds of organisations.

But note that social loafing is most detrimental to the productivity of a group when it is carrying out ‘additive tasks’: ones where the effort of each group member is summed.

Not all tasks fit in to this category.

For example a group problem-solving session relies on the brains of the best people in the group – social loafing wouldn’t necessarily reduce productivity in this group as markedly.

These are some of the standard explanations put forward for the social loafing effect:


These explanations naturally beg the question of how people would behave if they didn’t expect each other to loaf, they weren’t anonymous and there were clear standards – after all groups do often work under much better conditions than those induced in some laboratory studies.

Indeed lab studies have often been criticised for giving people boring or meaningless tasks and for putting them in random groups.

How to reduce social loafing

Still people in groups clearly do loaf in real life so here are a few factors found to be important in reducing social loafing:

This is just three, many more have been suggested, including: how easily each member’s contribution can be evaluated, how unique each individual’s contribution is and how individually identifiable they are.

The drift is that people can be made to work harder by cutting off their natural tendency to hide in the group.