Cognitive Dissonance: How and Why We Lie to Ourselves 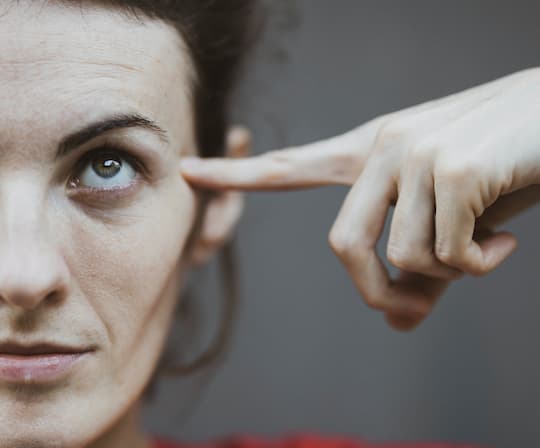 Cognitive dissonance is the mental discomfort people feel when trying to hold two conflicting beliefs in their mind.

(Alternatively, you can skip straight to what is cognitive dissonance.)

As part of your course you agree to take part in an experiment on ‘measures of performance’. You are told the experiment will take two hours. As you are required to act as an experimental subject for a certain number of hours in a year – this will be two more of them out of the way.

Little do you know, the experiment will actually become a classic in social psychology. And what will seem to you like accidents by the experimenters are all part of a carefully controlled deception. For now though, you are innocent.

Once in the lab you are told the experiment is about how your expectations affect the actual experience of a task. Apparently there are two groups and in the other group they have been given a particular expectation about the study. To instil the expectation subtly, the participants in the other groups are informally briefed by a student who has apparently just completed the task. In your group, though, you’ll do the task with no expectations.

Perhaps you wonder why you’re being told all this, but nevertheless it makes it seem a bit more exciting now that you know some of the mechanics behind the experiment.

So you settle down to the first task you are given, and quickly realise it is extremely boring. You are asked to move some spools around in a box for half an hour, then for the next half an hour you move pegs around a board. Frankly, watching paint dry would have been preferable.

At the end of the tasks the experimenter thanks you for taking part, then tells you that many other people find the task pretty interesting. This is a little confusing – the task was very boring. Whatever. You let it pass.

Then the experimenter looks a little embarrassed and starts to explain haltingly that there’s been a cock-up. He says they need your help. The participant coming in after you is in the other condition they mentioned before you did the task – the condition in which they have an expectation before carrying out the task. This expectation is that the task is actually really interesting. Unfortunately the person who usually sets up their expectation hasn’t turned up.

So, they ask if you wouldn’t mind doing it. Not only that but they offer to pay you $1. Because it’s 1959 and you’re a student this is not completely insignificant for only a few minutes work. And, they tell you that they can use you again in the future. It sounds like easy money so you agree to take part. This is great – what started out as a simple fulfilment of a course component has unearthed a little ready cash for you.

You are quickly introduced to the next participant who is about to do the same task you just completed. As instructed you tell her that the task she’s about to do is really interesting. She smiles, thanks you and disappears off into the test room. You feel a pang of regret for getting her hopes up. Then the experimenter returns, thanks you again, and once again tells you that many people enjoy the task and hopes you found it interesting.

Then you are ushered through to another room where you are interviewed about the experiment you’ve just done. One of the questions asks you about how interesting the task was that you were given to do. This makes you pause for a minute and think.

Now it seems to you that the task wasn’t as boring as you first thought. You start to see how even the repetitive movements of the spools and pegs had a certain symmetrical beauty. And it was all in the name of science after all. This was a worthwhile endeavour and you hope the experimenters get some interesting results out of it.

The task still couldn’t be classified as great fun, but perhaps it wasn’t that bad. You figure that, on reflection, it wasn’t as bad as you first thought. You rate it moderately interesting.

After the experiment you go and talk to your friend who was also doing the experiment. Comparing notes you found that your experiences were almost identical except for one vital difference. She was offered way more than you to brief the next student: $20! This is when it first occurs to you that there’s been some trickery at work here.

You ask her about the task with the spools and pegs:

“Oh,” she replies. “That was sooooo boring, I gave it the lowest rating possible.”

“No,” you insist. “It wasn’t that bad. Actually when you think about it, it was pretty interesting.”

She looks at you incredulously.

What the hell is going on?

What is cognitive dissonance

In this case: you thought the task was boring to start off with then you were paid to tell someone else the task was interesting. But, you’re not the kind of person to casually go around lying to people. So how can you resolve your view of yourself as an honest person with lying to the next participant? The amount of money you were paid hardly salves your conscience – it was nice but not that nice.

Your friend, meanwhile, has no need of these mental machinations. She merely thinks to herself: I’ve been paid $20 to lie, that’s a small fortune for a student like me, and more than justifies my fibbing. The task was boring and still is boring whatever the experimenter tells me.

Since this experiment numerous studies of cognitive dissonance have been carried out and the effect is well-established. Its beauty is that it explains so many of our everyday behaviours. Here are some examples provided by Morton Hunt in ‘The Story of Psychology:

Once you start to think about it, the list of situations in which people resolve cognitive dissonance through rationalisations becomes ever longer and longer. If you’re honest with yourself, I’m sure you can think of many times when you’ve done it yourself. I know I can.

Being aware of this can help us avoid falling foul of the most dangerous consequences of cognitive dissonance: believing our own lies.