Chameleon Effect: Why People Mimic Each Other 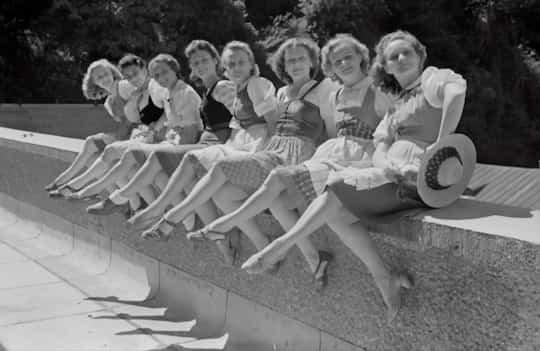 The chameleon effect is when people mimic or match each other’s facial expressions, mannerisms and gestures to increase attractiveness.

The chameleon effect — named after the reptile famous for changing its appearance to blend in — is something most people do automatically.

Indeed, self-help books, persuasion manuals and glossy magazine articles often advise that mimicking body language can increase how much others like us.

But, does mimicking other people’s body language really make them like us?

Or is mimicry just a by-product of successful social interactions?

Although it had long been suspected that copying other people’s body language increases liking, the effect wasn’t tested rigorously until Chartrand and Bargh (1999) carried out a series of experiments.

People do automatically mimic others

The set-up: Testing what they call ‘the chameleon effect’, in their first study 78 participants were sat down to have a chat with an experimental insider or ‘confederate’ who had been told to vary their mannerisms in systematic ways.

Result: Yes, participants did naturally copy the confederate (who they’d only just met) as measured by face touching, foot waggling and smiling.

Face touching only went up 20%, but rate of foot waggling went up by an impressive 50% when participants were inspired by another foot waggler.

The set-up: 78 participants were sent into a room to chat with a stranger (another experimental confederate) about a photograph. With some participants the confederate mimicked their body language, with others not.

Afterwards participants were asked how much they liked the confederate and rated the smoothness of the interaction, both on a scale of 1 to 9.

When their body language was copied, participants gave the confederate an average mark of 6.62 for liking (and 6.76 for smoothness).

When they weren’t being mimicked participants gave the confederate an average of 5.91 for liking (and 6.02 for smoothness).

Not a huge difference you might say, but still a measurable effect for a change in behaviour so subtle most people didn’t even notice it.

Since we’re all different, some people will naturally engage in mimicry more than others.

But what kinds of psychological dispositions might affect this?

Chartrand and Bargh looked at perspective-taking: the degree to which people naturally take others’ perspectives.

Differences between people in empathic concern, however, had no effect on mimicry suggesting it was the cognitive component of perspective-taking that was important in encouraging mimicry rather than the emotional.

So the ‘chameleon effect’, far from being the preserve of cold-blooded reptiles, is actually a warm response facilitating social interactions.

This experiment suggests most of us do it automatically to varying degrees and, just as the glossy magazine advice goes, it does encourage other people to like us.

But what’s this connection between social mimicry and hypnotism that I mentioned at the top?

Well, one influential theory of hypnosis says that in the hypnotic state the conscious will is weakened so that suggestions from the hypnotist are carried out automatically (Hilgard, 1965).

This is actually an extreme version of what happens when we mimic other people’s body language.

In some senses, when two people are really getting along, their feet-waggling and face-touching in perfect harmony, it’s like they’ve hypnotised each other.