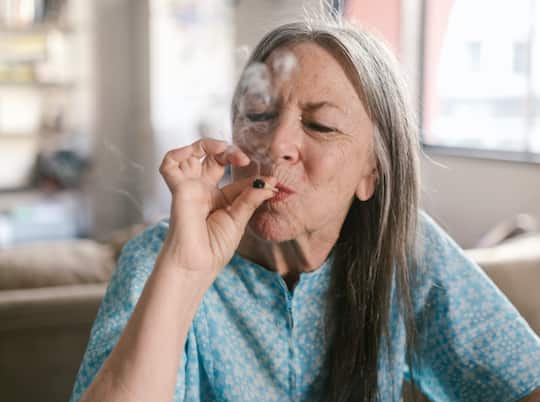 The study reveals how the first few uses of cannabis change the brain.

Using cannabis just once is enough to change critical areas of the brain, research finds.

Brain scans have revealed changes in the amygdala, an area vital for processing emotions — including fear — after only one or two joints.

Adolescents using the drug for the first time also showed changes to their hippocampus, a structure involved in memory.

“Consuming just one or two joints seems to change gray matter volumes in these young adolescents.”

The study included 46 adolescents who had smoked cannabis once or twice before age 14.

There were compared to similar young people who had never touched the drug.

The scans showed changes in the cannabinoid receptors, compared with those who had not used the drug.

“The implication is that this is potentially a consequence of cannabis use.

You’re changing your brain with just one or two joints.

Most people would likely assume that one or two joints would have no impact on the brain.”

During adolescence the brain typically prunes neurons that are not required.

It is possible that cannabis use during this early period of development can affect this process.

The study was published in The Journal of Neuroscience (Orr et al., 2019).