Bystander Effect And The Diffusion Of Responsibility 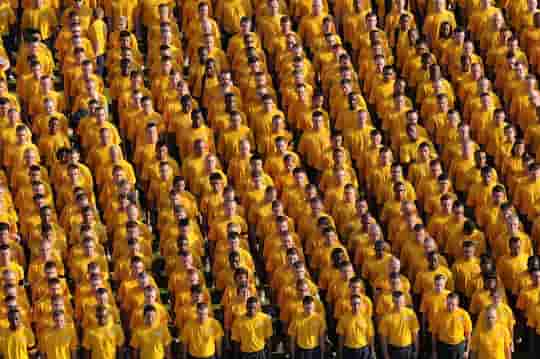 The bystander effect is when the presence of others reduces helping behaviours. It is caused partly by a diffusion of responsibility.

The bystander effect in social psychology is the surprising finding that the mere presence of other people inhibits our own helping behaviours in an emergency.

The bystander effect study is mentioned in every psychology textbook and often dubbed ‘seminal’.

This classic social psychology study on the bystander effect was inspired by the highly publicised murder of Kitty Genovese in 1964.

The murder of Kitty Genovese

John Darley and Bibb Latane were inspired to investigate emergency helping behaviours and the bystander effect after the murder of Kitty Genovese in 1964.

Geneovese, a 28-year-old, was attacked and stabbed by a man later identified as Winston Moseley while on her way home from work.

Despite repeatedly calling for help, none of the people within earshot came to her rescue or reported the incident to the police.

The newspaper report of the murder stated that 38 people had heard and seen the attack, which lasted an hour, yet they did nothing.

People seemed to be displaying the bystander effect.

Subsequent reports, however, suggest the number of witnesses was much lower and few, perhaps none, had witnessed the whole attack.

Whatever the status of this incident the facts of the subsequent bystander effect study are well-known.

Participants were invited into the lab under the pretext they were taking part in a discussion about ‘personal problems’ (Darley & Latane, 1968).

Participants in the bystander effect experiment were talking to a number of unknown others, varying from just one up to four in each of the experimental trials.

In fact this was just a ruse to ensure the participants couldn’t physically see the other people they were talking to and ruin this test of the bystander effect.

During the discussion one member of the group would suddenly appear to be having an epileptic seizure.

Here is the script:

The experimenters then measured how long it took for participants to go the person’s aid.

The results of the bystander effect experiment clearly showed that the more people were involved in the group discussion, the slower participants were to respond to the apparent emergency.

It seems that the presence of others inhibits people’s helping behaviours.

Some participants made no move to intervene in the apparent emergency — they displayed bystander apathy.

What was going on?

Darley and Latane (1968) report that those who did not act were far from uncaring about the seizure victim.

Quite the reverse in fact, compared to those who did report the emergency, they appeared to be in a more heightened state of arousal.

Many were sweating, had trembling hands and looked to be in considerable discomfort.

The non-helpers in the bystander effect experiment appeared to be caught in a double bind that locked them up.

One part of them felt shame and guilt for not helping.

Another part of them didn’t want to expose themselves to embarrassment or to ruin the experiment which, they had been told depended on each conversant remaining anonymous from the others.

Psychologically, what is happening in the bystander effect is that people feel less urgency the more people are present.

This diffusion of responsibility occurs because there are more people who could help.

Each person thinks to themselves that someone else will do something about it.

Then, when other bystanders do not react either, people take this as a sign that there is no need to help out.

The originality of the bystander effect

Now compare this study of the bystander effect with the Milgram experiment.

Certainly the Milgram experiment on obedience casts a long shadow over this bystander effect experiment.

Similar to the Milgram situation, participants here were put under pressure to continue with the experiment by authority figures (the psychologists).

Again, someone was suffering discomfort and participants felt conflicted about whether or not to intervene.

In this case in an epileptic seizure, in Milgram’s study, it was the electrical shocks participants themselves were administering.

This bystander effect study’s originality comes from the finding that the more people are present, the longer participants take to help.

And this is certainly an important insight in social psychological terms.

Because of the way the bystander effect experiment was set up, participants had no way of knowing how the other people who heard the seizure had responded.

This meant that the only variable was how many other people they knew to be present.

Modern studies have not always supported the validity of the bystander effect in the real world.

For example, a recent study of real public fights caught on CCTV showed that bystanders intervened 90 percent of the time to help victims of violence (Philpot et al., 2020).

The 219 fights included in the study had broken out on the streets of Amsterdam, Cape Town and Leicester (in the Netherlands, South Africa and UK, respectively).

Nine-out-of-ten times at least one person tried to intervene, sometimes more than one.

This strongly suggests that trying to help is the norm in public, rather than the exception as the bystander effect suggests.

This modern study paints rather a different picture of the bystander effect than social psychological research conducted in the 1960s.

Many subsequent studies have shown that whether people will help you out in public depends on a whole range of factors, including: