Rumination: How To Stop Repetitive Thoughts 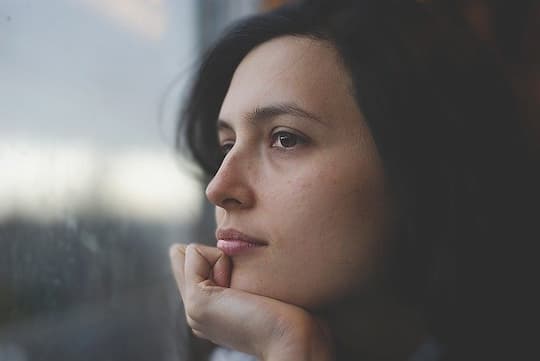 Rumination is the habit of going over depressing events from the past in the mind and it can be very bad for mental health.

It is often driven by the desire to understand what is happening to us and how that can be changed.

Rumination can be thought of like the brain’s problem-solving mechanism gone wrong.

When people ruminate, they can find it very difficult to stop.

It differs from problem-solving as no problem is ever solved.

Unfortunately, thinking about the stressful events means reliving them, which is depressing.

“Anxiety and depression give rise to difficult and painful negative thoughts.

Many patients have thoughts of mistakes, past failures or other negative thoughts.”

The main indicators of rumination are:

The causes of rumination

Traumatic life events are the single largest cause of anxiety and depression.

However, whether a person becomes anxious or depressed depends on their mental approach to these events.

After traumatic life events, which were the single largest cause of depression and anxiety, the next largest causes were a family history of mental illness and income and education levels.

Both social factors and relationship status had smaller effects on the risk of depression and anxiety.

It can be hard to get out of a pattern of rumination.

However, here are some techniques that may be helpful:

Ultimately, the most effective way of dealing with rumination that will not go away is therapy.

During therapy, people learn to deal with rumination more effectively.

One strategy is learning that thoughts are just thoughts and do not reflect reality.

Like any thoughts, they can be allowed to float away without causing distress.

Metacognitive therapy is one option for dealing with rumination.

One of the problems in depression is that people…

“…think too much, which MCT [metacognitive therapy] refers to as ‘depressive rumination’.

Taking control of your thoughts is an important part of many modern cognitive therapies.

One study found that when people learned to reduce how much they ruminated, 80% had recovered after six months (including 10 weeks of therapy).

Simply realising that you don’t have to ruminate can be liberating.

“Instead of reacting by repeatedly ruminating and thinking ‘how do I feel now?’ you can try to encounter your thoughts with what we call ‘detached mindfulness.’

You can see your thoughts as just thoughts, and not as a reflection of reality.

Most people think that when they think a thought, it must be true.

For example, if I think that I’m stupid, this means I must be stupid.

Many patients who took part in the study were pleasantly surprised, said Professor Hagen:

“The patients come in thinking they’re going to talk about all the problems they have and get to the bottom of it, but instead we try to find out how their mind and thinking processes work.

The study was published in the journal Frontiers in Psychology (Hagen et al., 2017).