Quit Smoking: Vaping Is Twice As Effective As Nicotine Patches 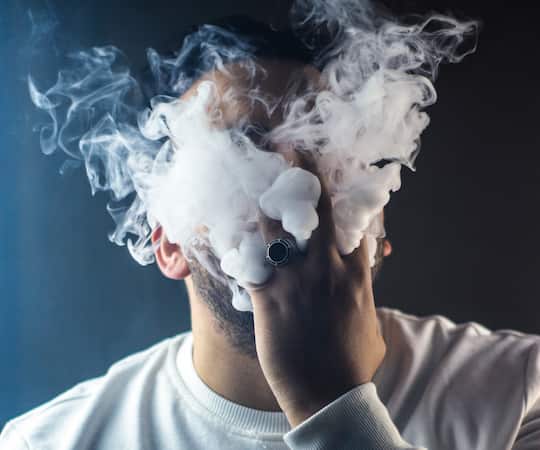 Vaping doubles the rate at which people quit smoking compared to nicotine patches.

Almost one-in-five people using e-cigarettes in the study were smoke-free after one year.

The use of e-cigarettes, also known as ‘vaping’, may be more effective because it is easier to get the right nicotine dose.

They also mirror the behavioural aspects of smoking, which other nicotine replacement therapies do not.

E-cigarettes deliver the addictive drug nicotine in a vapour that is inhaled, without the damaging effects of real cigarettes.

“This is the first trial to test the efficacy of modern e-cigarettes in helping smokers quit.

E-cigarettes were almost twice as effective as the ‘gold standard’ combination of nicotine replacement products.

Although a large number of smokers report that they have quit smoking successfully with the help of e-cigarettes, health professionals have been reluctant to recommend their use because of the lack of clear evidence from randomised controlled trials.

This is now likely to change.”

The UK study included 886 smokers who either received nicotine replacement therapy or e-cigarettes.

Not only were e-cigarettes almost twice as effective at getting people to quit, the results showed, they were also more popular.

“The UK specialist stop smoking services will now be more likely to include e-cigarettes among their treatment options, and health professionals will feel more comfortable in recommending e-cigarettes as a stop-smoking intervention.

This may ultimately further accelerate the reduction in smoking and in smoking related diseases.”

The study was published in the New England Journal of Medicine (Hajek et al., 2019).