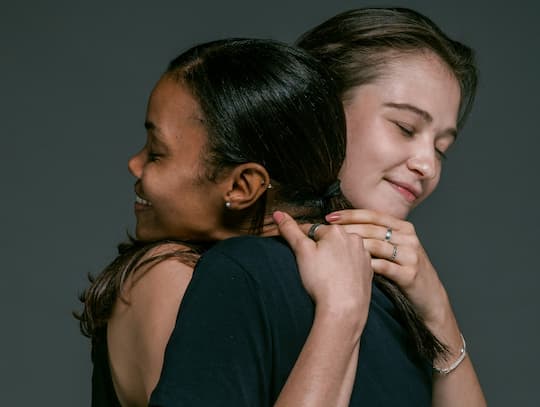 Most people are quick to see the good in others and slow to condemn.

Most people are quick to forgive others who have behaved badly in the past, research suggests.

The majority tend to give others the benefit of the doubt, offering forgiveness even in the face of bad behaviour.

In other words, most are quick to see the good in others — indeed, want to see it — and are slow to condemn.

It might help explain why some people stay in bad relationships.

“The brain forms social impressions in a way that can enable forgiveness.

Because people sometimes behave badly by accident, we need to be able to update bad impressions that turn out to be mistaken.

Otherwise, we might end relationships prematurely and miss out on the many benefits of social connection.”

The research included over 1,500 people in a series of experiments.

They observed strangers who had to make a decision in a moral dilemma.

Should they inflict electrical shocks to gain money?

The observers were asked about the moral character of the strangers.

The results revealed that people were relatively quick to forgive bad behaviour and avoided condemning people as ‘truly bad’.

However, people were confident that the ‘good’ strangers were ‘truly good’.

“We think our findings reveal a basic predisposition towards giving others, even strangers, the benefit of the doubt.

The human mind is built for maintaining social relationships, even when partners sometimes behave badly.”

“The ability to accurately form impressions of others’ character is crucial for the development and maintenance of healthy relationships.

We have developed new tools for measuring impression formation, which could help improve our understanding of relational dysfunction.”

The study was published in the journal Nature Human Behaviour (Siegel et al., 2018).