The Best Vegetables For Heart Health 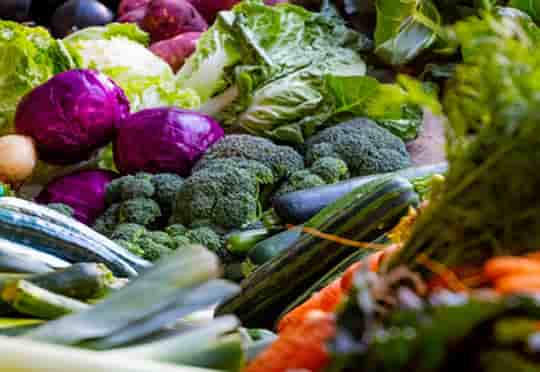 Just 45 grams a day of these vegetables could protect you from cardiovascular disease, heart attack, or stroke.

Cruciferous vegetables, such as brussels sprouts, cabbage, broccoli, and kale have been found to lower the odds of blood vessel damage and cardiovascular disease (CVD).

Regular daily consumption of these vegetables could prevent vascular diseases and hugely benefit those with heart disease.

A study has found that a diet high in cruciferous vegetables can prevent the calcium build-up in the aorta which is a primary marker of vascular disease.

The aorta is the largest artery which circulates blood from the heart to our body.

Accumulation of fatty material and calcium deposits in the arteries causes poor circulation throughout the body which leads to a heart attack or stroke.

“In our previous studies, we identified those with a higher intake of these vegetables had a reduced risk of having a clinical cardiovascular disease event, such as a heart attack or stroke, but we weren’t sure why.

Our findings from this new study provides insight into the potential mechanisms involved.

We have now found that older women consuming higher amounts of cruciferous vegetables every day have lower odds of having extensive calcification on their aorta.

One particular constituent found abundantly in cruciferous vegetables is vitamin K which may be involved in inhibiting the calcification process that occurs in our blood vessels.”

Half-a-cup of raw cabbage or one-quarter of a cup of steamed broccoli would provide 45 g of cruciferous vegetables.

“That’s not to say the only vegetables we should be eating are broccoli, cabbage and Brussels sprouts.

We should be eating a wide variety of vegetables every day for overall good health and wellbeing.”

Cardiovascular diseases are the most common cause of death in the world, taking more than 18 million lives each year.

This study was conducted in Australia where more than 65 percent of heart disease is a result of poor diet.

The Heart Foundation recommends that Australians try to include at least five serves of vegetables in their daily diets, along with fruit, seafood, lean meats, dairy and healthy oils found in nuts and seeds.

The study was published in British Journal of Nutrition (Blekkenhorst et al., 2020).