The Diet Pattern That Leads To Weight Loss 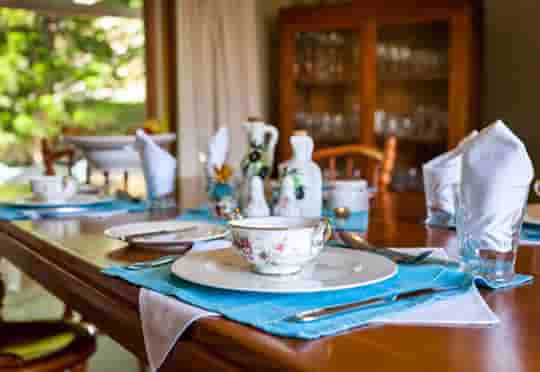 A dietary pattern that is linked to weight loss.

When it comes to losing weight, we generally focus on a diet plan that takes both calorie intake and burning calories into account.

But when you eat can be equally as important in order to lose weight.

“This is the first large-scale prospective study to demonstrate that the timing of meals predicts weight-loss effectiveness.

Our results indicate that late eaters displayed a slower weight-loss rate and lost significantly less weight than early eaters, suggesting that the timing of large meals could be an important factor in a weight loss program.”

In order to examine the effect of food timing on weight loss plans, the research team tracked 420 overweight adults in Spain.

Participants were assigned to two groups; one early-eater and the other late-eater.

Both groups had to follow a weight loss diet for 20 weeks.

People in the Mediterranean tend to eat their largest meal at midday so the focus was on lunch timing with the meal contributing 40 percent of daily calories.

The early-eater group had their lunch any time before 3 pm while late-eaters had their meal after 3 pm.

The team found that early-eaters showed a faster metabolic rate (burning calories) and so they lost more weight than late-eaters.

Also late-eaters had low insulin sensitivity, a blood sugar disorder which can lead to type 2 diabetes.

In this study, timing for smaller meals didn’t show as strong an effect on weight loss as the timing for the main meal.

One explanation is that late eaters either skipped their breakfast or ate less in the morning compared to early eaters.

There were no differences in energy expenditure, daily calorie intake, sleeping hours, and appetite hormones in both groups, meaning that the meal timing had an independent effect on losing weight.

“This study emphasizes that the timing of food intake itself may play a significant role in weight regulation.

Novel therapeutic strategies should incorporate not only the caloric intake and macronutrient distribution, as it is classically done, but also the timing of food.”

The study was published in the International Journal of Obesity (Garaulet et al., 2013).