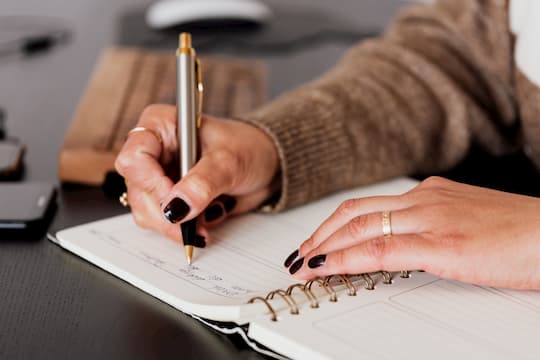 How to formulate your New Year’s resolutions (if you want them to stick).

The first step in keeping a New Year’s resolution is to rephrase it, new research finds.

Do not use New Year’s resolutions that contain the words “I will quit…,” or “I will avoid…”

When people phrase resolutions positively, in terms of what they will do, instead of what they are trying to avoid, they are more likely to carry through.

“In many cases, rephrasing your resolution could definitely work.

For example, if your goal is to stop eating sweets in order to lose weight, you will most likely be more successful if you say ‘I will eat fruit several times a day’ instead.

You then replace sweets with something healthier, which probably means you will lose weight and also keep your resolution.

You cannot erase a behavior, but you can replace it with something else.

Although, this might be harder to apply to the resolution ‘I will quit smoking,’ which is something you might do 20 times a day.”

The conclusions come from a study of 1,066 people who made resolutions at the end of 2017.

The researchers tested the effects of providing different levels of support to people in their attempts to change their behaviour.

“It was found that the support given to the participants did not make much of a difference when it came down to how well participants kept their resolutions throughout the year.

What surprised us were the results on how to phrase your resolution.”

The second step is to think carefully about a resolution that will satisfy the three most basic psychological needs.

People find it much easier to stick to resolutions that tap directly into basic human needs.

These three basic psychological needs are for:

Professor Richard Ryan, whose theory of motivation is highly influential, suggests adopting a resolution that involves giving to others.

“If you want to make a New Year’s resolution that really makes you happy, think about the ways in which you can contribute to the world.

All three of these basic needs are fulfilled.

The research shows it’s not just good for the world but also really good for you.”

We can help ourselves, says Professor Ryan, by helping others:

“Think of how you can help.

There’s a lot of distress out there: If we can set goals that aim to help others, those kinds of goals will, in turn, also add to our own well-being.”

The study was published in the journal PLOS ONE (Oscarsson et al., 2020).