How Personality Affects The Motivation To Exercise 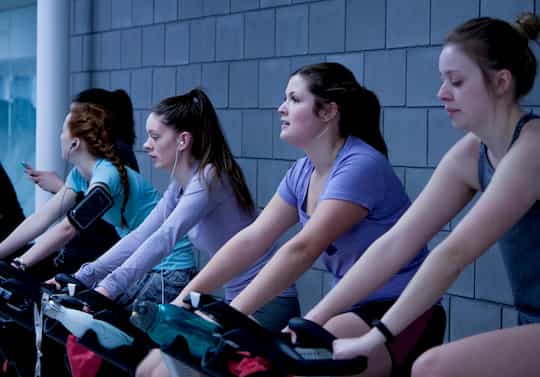 Those seeking variety are not always fans of regularly scheduled classes.

People are more likely to stick to an exercise routine if it fits their personality, research finds.

Extraverts have more success in the gym where they are surrounded by other people.

They prefer the excitement of having others around them.

“These excitement-craving people love lots of activity, and they want to go, go, go.

Music seems to add more excitement to their workout and gets them going even more vigorously.”

People who like new experiences may be better exercising outdoors.

Those seeking variety are not always fans of regularly scheduled classes.

People who are conscientious, however, do like scheduled workout sessions, but they would rather be in charge of it themselves.

“These are very self-disciplined people who strive to achieve something.

They want to take charge of their own exercise routine to make sure it will get done.”

The conclusions come from a study of 860 students who were given personality tests and asked about their exercise habits.

The results revealed that different personality types like to exercise in different ways.

“People who are neurotic are least likely to exercise, but these are the very people who would benefit the most from the activity because it would help reduce their anxiety and stress.”

“If people’s personalities can predict what conditions are most favorable for them to exercise, then an exercise program can be tailored to fit their personal needs, making it more likely they will stick with a routine.”

The study was presented at the North American Society for the Psychology of Sports and Physical Activity (Hagan, 2004).