Self-Controlled People Are Raised By Fathers Who Do This (M) 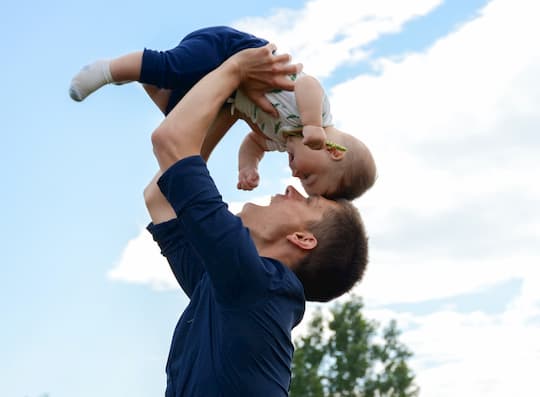 Self-control is repeatedly found to be vital for success in relationships, work and even for good mental health.

People whose fathers played with them more as children grow up with stronger self-control, four decades of research reveals.

Up to the age of three, playtime with Dad seems to have a particularly beneficial effect.

This may help children learn to control their feelings.

As a result, later on they can find it easier to regulate their behaviour.

Self-control is repeatedly found to be vital for success in relationships, work and even for good mental health.

“It’s important not to overstate the impact of father-child play as there are limits to what the research can tell us, but it does seem that children who get a reasonable amount of playtime with their father benefit as a group.”

The conclusions come from a review of 78 separate studies carried out over four decades.

The results showed that most fathers play with their children every day.

Fathers, though, play more physically with their children.

With babies, they lift them up more and with toddlers they use more rough-and-tumble play.

It emerged that children who played more with their fathers were less likely to have emotional and behavioural problems later on along with a lower risk of hyperactivity.

“Physical play creates fun, exciting situations in which children have to apply self-regulation.

You might have to control your strength, learn when things have gone too far — or maybe your father steps on your toe by accident and you feel cross!

It’s a safe environment in which children can practise how to respond. If they react the wrong way, they might get told off, but it’s not the end of the world — and next time they might remember to behave differently.”

“One of the things that our research points to time and again is the need to vary the types of play children have access to, and mothers can, of course, support physical play with young children as well.

Different parents may have slightly different inclinations when it comes to playing with children, but part of being a parent is stepping outside your comfort zone.

Children are likely to benefit most if they are given different ways to play and interact.”

The study was published in the journal Developmental Review (Amodia-Bidakowska et al., 2020).