The Type Of Light That Kills COVID-19 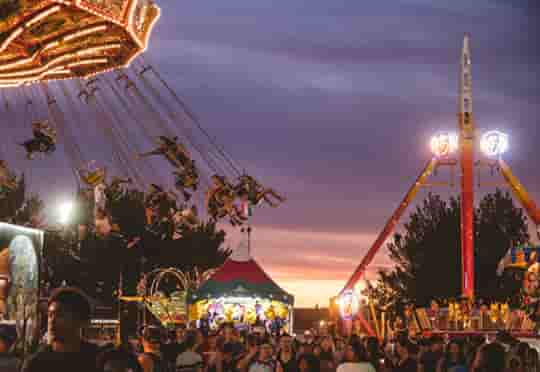 An indoor lamp that destroys coronaviruses in the air but is safe for humans.

UVC is an ultraviolet light which rapidly kills bacteria and viruses but is safe for use in outdoor and indoor environments.

A study has found that far-UVC light has the ability to wipe out 99.9 percent of airborne coronaviruses.

Airborne transmission refers to the presence of pathogens in small droplets that are approximately less than 10μm in diameter.

An infected person — through coughing, sneezing, or speech –produces tiny droplets containing viral particles which are infectious for hours.

Viral transmission can be either through contact by contaminated hands, touching contaminated surfaces, or by breathing the viral particles in the air (aerosols).

The possibility of SARS-CoV-2 infection via aerosols increases when an environment is poorly ventilated.

“Based on our results, continuous airborne disinfection with far-UVC light at the current regulatory limit could greatly reduce the level of airborne virus in indoor environments occupied by people.”

Unoccupied places including empty subway cars or empty hospital rooms, can be disinfected by conventional germicidal UVC light at 254 nm wavelength, but exposure to these lamps is dangerous to human health and can cause skin cancers.

Researchers examined different UV lamps to see which length does not cause any harm to humans and so can be used for disinfecting pathogens in occupied indoor places all the time.

Far-UVC light at wavelengths from 207 to 222 nm has been known to destroy airborne influenza viruses.

They noticed that far-UVC light at 222 nm kills airborne seasonal coronaviruses that are similar in structure to the SARS-CoV-2 virus responsible for COVID-19 infections.

The lamp doesn’t cause any harm to human eyes and skin because it can’t enter the tear film of the eye or the outer layer of skin made of dead cells.

In short, this type of light can’t reach any living cells in the human body and therefore can’t damage them.

In this study, the aerosols containing the coronavirus flowed in front of a far-UVC lamp.

A very low exposure to the lamp was enough to completely destroyed them.

It appear that an eight-minute exposure to far-UVC light would kill 90 percent of SARS-CoV-2, in 11 minutes the rate will increase to 95 percent, in 16 minutes to 99 percent, and in 25 minutes 99.9 percent of them were dead.

“Far-UVC light doesn’t really discriminate between coronavirus types, so we expected that it would kill SARS-CoV-2 in just the same way.

Since SARS-CoV-2 is largely spread via droplets and aerosols that are coughed and sneezed into the air it’s important to have a tool that can safely inactivate the virus while it’s in the air, particularly while people are around.”

Since the coronaviruses, as well as influenza, are sensitive to far-UVC light then this could be a practical approach to put overhead far-UVC lamps in indoor public environments.

It can dramatically lower the risk of spreading viruses from person-to-person, especially through the winter.

“Because it’s safe to use in occupied spaces like hospitals, buses, planes, trains, train stations, schools, restaurants, offices, theaters, gyms, and anywhere that people gather indoors, far-UVC light could be used in combination with other measures, like wearing face masks and washing hands, to limit the transmission of SARS-CoV-2 and other viruses.”

The study was published in Scientific Reports (Brenner et al., 2020).