Cuddling: The Amazing Effect On Your Brain 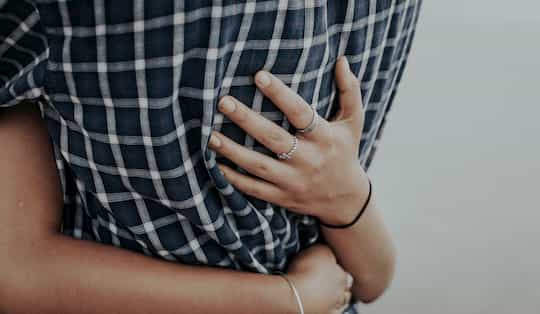 For the study, 10 couples spent 45 minutes inside a brain scanner together in close physical contact.

Scans of couples lying close together inside a brain scanner showed their brain activity falling into similar patterns.

Brains naturally tune in to each other in this kind of simple human interaction, the study shows.

Many other bodily functions, like cortisol levels, also fall into synchronisation when people are in close proximity, other research has shown.

The scientists think that future studies will show that the same regions of people’s brains activate when they are in close contact.

The associated mental imitation of other people’s movements is probably one of the basic mechanisms of social interaction.

For the study, 10 couples spent 45 minutes inside a brain scanner together in close physical contact.

Some were partners, others close friends.

The researchers wanted to see how social interaction activates the brain.

Couples then took turns tapping each other’s lips to test how the motor and sensory cortices of their brains reacted.

The results showed that people’s brains synchronised with each other.

“This is an excellent start for the study of natural interaction.

People don’t just react to external stimuli, but adjust their actions moment-by-moment based on what they expect to happen next.”

The study developed a new method to scan two people’s brains at the same time.

This technique will be useful in understanding how the brain activates in social interactions, said Professor Hari:

“For example, during a conversation or problem solving, people’s brain functions become flexibly linked with each other.

The study was published in the journal Frontiers in Psychiatry (Renvall et al., 2020).