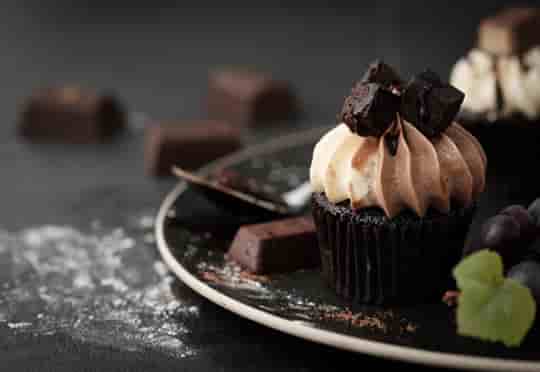 Eating this luscious food can reduce cravings for both sweet and savoury.

Dark chocolate can lower the craving for fatty foods, sweet, and salty treats due to increased satiety and reducing the desire to eat more.

Studies have shown that dark chocolate, due to its high cacao content, can boost attention and increase people alertness.

So, if you want to keep your weight down over the holidays, then dark chocolate for desserts might not be a bad idea as it gives a feeling of fullness with satisfaction.

Researchers looked at the effect of milk and dark chocolate on appetite and calorie intake on a group of young, healthy men with normal weight.

Participants fasted for 12 hours and then ate 100g of dark chocolate or milk chocolate in two separate sessions.

Their satiety, hunger, and cravings for special foods were recorded for 5 hours after eating each type of chocolate.

150 minutes after consuming either dark or milk chocolate, they were given pizza and asked to eat until they felt full.

“People don’t generally eat chocolate and think it’s going to be healthy for them.

A regular chocolate bar with high sugar and milk content won’t be as good, it’s the high-cacao content chocolate that can be found from most manufacturers that will have these effects.”

The dark chocolate study on appetite was published in Nutrition and Diabetes (Sørensen & Astrup, 2011).