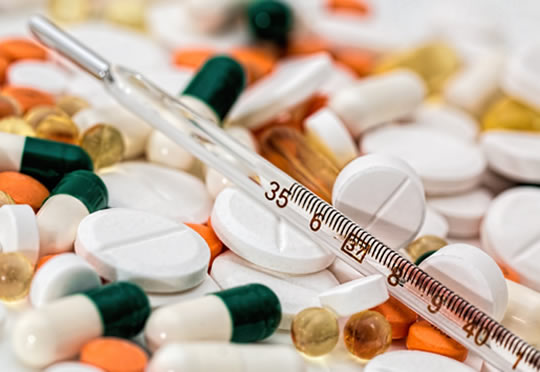 The drugs increase the risk of obesity, diabetes, and intestinal infections by altering gut bacteria.

Eighteen of the 41 most common drugs, including antibiotics, antidepressants and steroids can cause chaos in the gut microbiome, scientists warn.

The microbiome is a collection of different microorganisms including good bacteria that live in the gastrointestinal tract (GI).

The gut microbiome contains more than 1000 different species of bacteria.

Past studies have shown that changes in gut microbiota can lead to neurodegenerative diseases like Alzheimer’s and Parkinson, cancer, liver diseases, obesity and diabetes.

The new study provides evidence that certain medications can alter bacteria in the gut and puts the population at the risk of obesity, intestinal infections and more.

Antibiotics, laxatives, metformin, and proton pump inhibitors (PPI) seem to have the largest impact on the gut bacteria.

The researcher also found that IBS patients who were taking antidepressants (SSRIs) had a large number of potentially harmful bacteria called Eubacterium ramulus.

Those who were on oral steroids had large amounts of methanogenic bacteria which is linked to an increase in body fat and obesity.

In addition, the study identified eight different types of medications that increased resistance to antibiotics treatment.

“We already know that the efficiency and the toxicity of certain drugs are influenced by the bacterial composition of the gastrointestinal tract and that the gut microbiota has been related to multiple health conditions; therefore, it is crucial to understand which are the consequences of medication use in the gut microbiome.

Our work highlights the importance of considering the role of the gut microbiota when designing treatments and also points to new hypotheses that could explain certain side-effects associated with medication use.